It will not be far-fetched to say that in places that have a cold climate and where the weather drops several degrees below zero during winter and remains kind of cold all throughout the other months, artificial heating systems are important for survival.

Therefore, having the right kind of space heating can make a world of difference as to how comfortable you are inside your home. Forced air furnaces and Radiator Heating are two of the main and preferred heating solutions.

But what are these exactly? Simply put, in a furnace with a forced air system, there is a central furnace unit and ductwork throughout the home. The central unit or units warms the air which is then channeled through the ducts into all the rooms in a house.

Whereas in radiator heating, water is heated in a central boiler to create steam which is then delivered to radiators using pipelines. These radiators use convection and radiation to “radiate” the warmth inside rooms.

Now, deciding which one is better obviously depends on the house in question and to individual preferences of the buyer. No one should choose it for you, but what you can do is go through the advantages and disadvantages of both types of heating and decide for yourself. 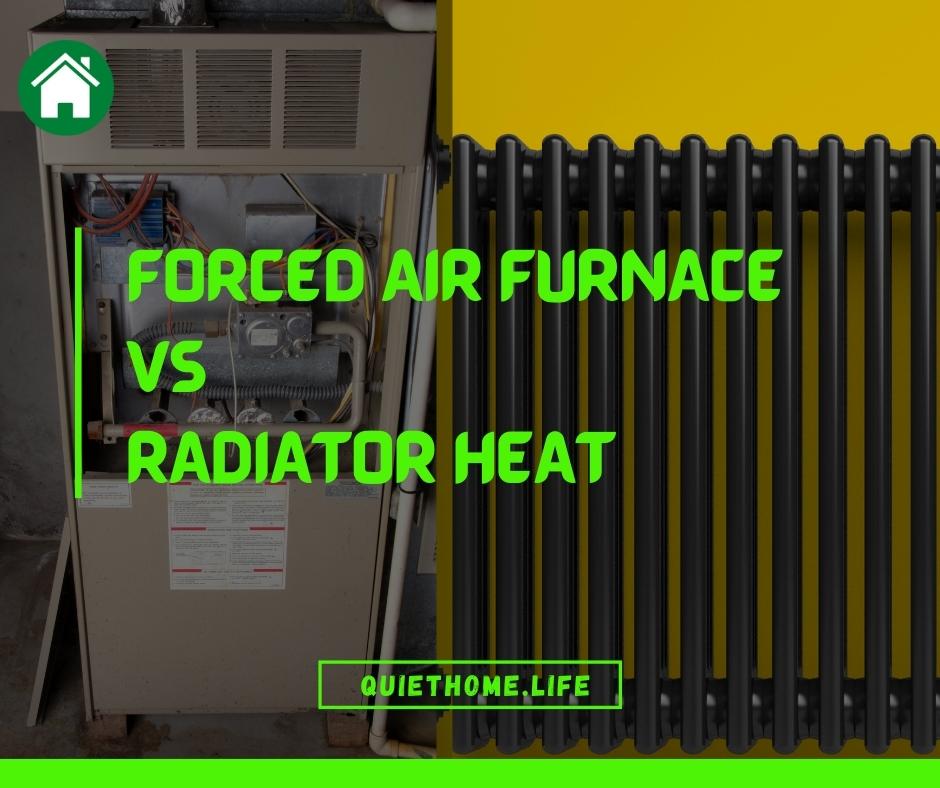 There are pros and cons to both types of heating systems and as already mentioned it ultimately comes down to the homeowner and the house itself. To decide on the matter you need to have a basic idea about the general differences between the two heating systems.

A head-to-head comparison between the two using the most quoted parameters has been drawn up for you.

This was an overview of the contrasting points between a forced air furnace and a radiator. Although this is pretty comprehensive in itself, we can still look at each of the two heating solutions individually to analyze and determine their positive and negative aspects. 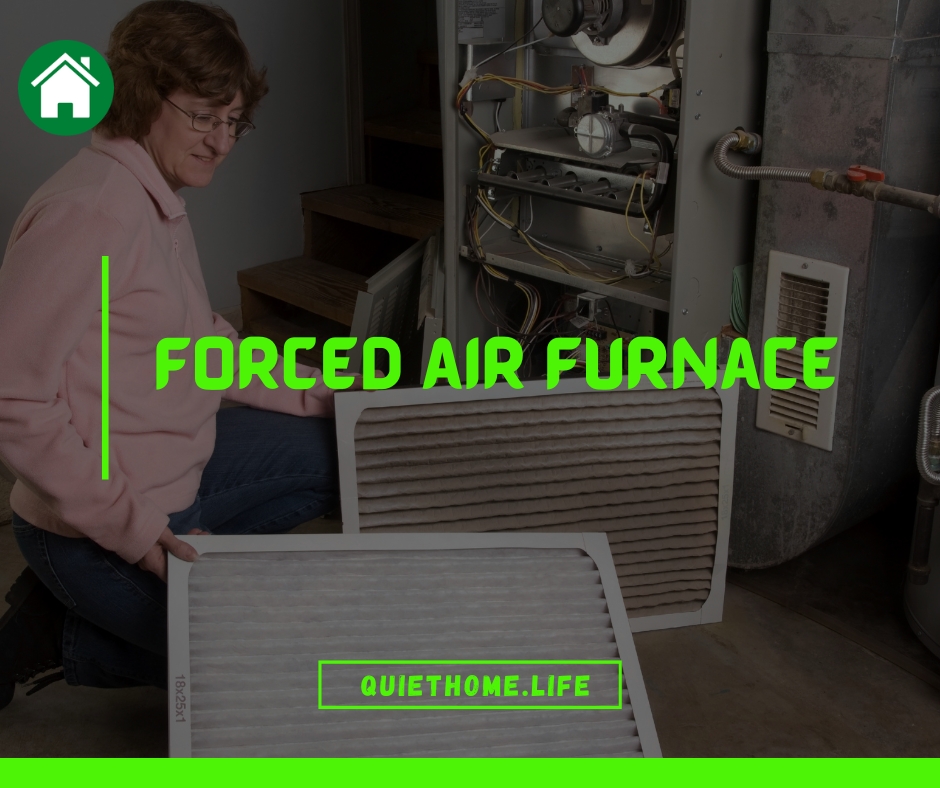 A forced air furnace is one of the most popular methods of artificial space heating. In this system, surrounding cold air is pulled in from the home which is heated and filtered and then distributed throughout the home using a channel of ducts that opens into every room.

The filtering process is done first to get rid of pollen and allergens and then it is passed through the air handler where it is warmed and then the blower or blower motor distributes the air throughout the house.

There are many positive aspects of using a forced air system. This includes improved air quality, energy efficiency, etc. A few of the most important benefits have been highlighted here. 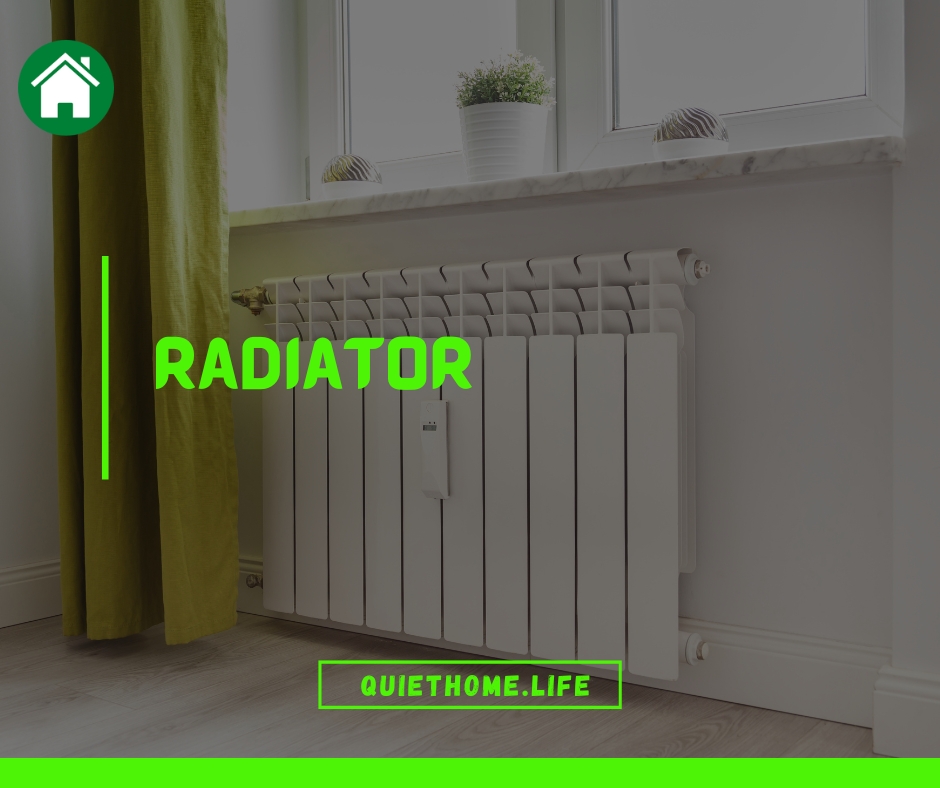 Radiators are heat exchangers which distribute heat by transferring thermal energy from one medium to another.

Radiators are one of the oldest forms of heating systems that are found in all older constructions. The radiator itself is installed inside a room and looks like a row of channels through which steam is passed.

This steam is generated in a boiler which is installed in a more central position in the building where water boils. The steam from this boiler is collected and channeled through pipelines and into the radiators with the method of convection and radiation to distribute the warmth inside rooms.

Which Is Cheaper: Forced Air Furnace Or Radiator Heat?

Generally speaking, radiators cost less in terms of energy consumption than a forced air furnace system. If we take a house of a particular size and compare the prices of the forced air system and a radiator system on it, then a radiator will be 10% to 15% more energy efficient.

However, there is a disparity regarding this. Forced air furnaces only become less energy efficient over time and not at the very start.

A well-maintained and clean forced air furnace will cost you the same amount as will be required by a radiator. This is because a furnace deals with air and air contains lots of dust which accumulates and over time reduces the efficiency of the system.

Thus the forced air furnace has to work more cycles of air collection, filtration, and distribution to heat up the home as desired thus pushing up the energy bill.

The difference in cost is thus better calculated in terms of maintenance. Radiators do not need regular maintenance and it is alright to do so every two years.

But the thing here is that servicing a radiator system is quite complex and takes a lot of time. The boiler is drained and cleaned of mold. Even the pipelines are flushed and cleaned of accumulated mold and rust. Therefore this whole process costs quite an amount of money.

Forced air furnaces, on the other hand, need regular and periodical maintenance. The ducts need to be cleaned every 6 months and the air filters once every year. Although the price is not much, it adds up to being more than radiator maintenance.

So, to sum up, both heating systems, if well maintained and in peak condition, will cost a similar amount of money to run each month, but the prices for forced air systems may increase over time due to lowered efficiency.

Which Is More Efficient: Forced Air Furnace Or Radiator Heat?

First and foremost, in terms of how long it takes for the systems to heat up and start warming the room, a radiator is far behind that of a forced air system. The former will take no less than 40 whole minutes to start distributing heat whereas the latter should not take a moment longer than 5 to 7 minutes.

This makes the forced air furnace system a much better choice, right? Because let’s be honest, waiting for more than half an hour just to get warm is a non-benefitting compromise.

But here’s the thing, radiators have better reviews in terms of efficiency and can be called a slow starter. What it lacks in speed, it makes up for in distributing a comfortable warmth throughout the house.

Radiators take such a long time to heat up because the boiler first heats the water and then the steam is formed which is then distributed to the radiator units via the pipelines.

Forced air systems on the other hand heat up the house pretty fast but the said heat also dissipates soon after the system is switched off. This is another reason why radiators are more cost-efficient than forced air systems because the heat is radiated into the room and this heat actually lingers for quite some time before it disappears.

Whereas for a forced air furnace with an automatic setting and thermostat, the machine will keep turning on and off on its own to keep the home warm.

Forced air furnaces also have the disadvantage of dehumidifying air, it might lead to skin problems such as dry and flaky skin and itching. If the air filters are not changed frequently then it will blow dust and allergens right into our home and make the air unbreathable.

Finally, verdicts from users of both the heating systems say that radiator heat is more comfortable as it kind of feels like the air is gradually getting warm whereas ducts in forced air furnaces blow warm air which initially stays near the ceiling because of being light in weight and when it eventually fills up the room, it may get stuffy and suffocating.

Which Is Better: Forced Air Furnace Or Radiator Heat?

After having carefully read through the whole blog, it is clear that a radiator is a better choice than a forced air system in more than one aspect. This is why even to this day more homes tend to go for radiator heating systems rather than forced air ones.

It is especially suitable for houses that have a lot of space both for living and for storage because the boiler does take up a lot of space to store.

That being said, radiators are not suitable for cooling purposes, and even if you try they will not be as effective as a forced air system. This is why for places that have to go through both kinds of weather- hot and cold, it is better and cost-efficient to have an air-treating system that will take care of both heating and cooling.

However, for places that remain generally cold throughout the year, no matter what the month is, a radiator is by far a better choice both in terms of heating and cost management. What is even the point of having a cooling system in place if the weather is chilly all the time anyway?

So as a general overview, radiator heating takes first place.

But, the truth is every house is different from the rest and you need to take into consideration the kind of construction, the weather, and other such factors before you make the final choice.

Now that you have a basic idea about both types of heating systems, it is better to get quotes from professionals who will be able to give you an objective evaluation of the kind of heating your house specifically needs.