A candle warmer is an electrical device that is used for melting scented candles without the use of any open flame. When the candle starts to melt, the fragrance stored in it gets released into the air.

Although this device does not use an open flame it still uses heat. The heat is supplied via an electricity socket where the cord of a candle warmer has to be plugged in for it to be turned on and used.

Temperature is an important issue for any candle warming device and thus it is important to know how hot is normal and acceptable when it comes to a heated-up candle warmer.

How hot does a candle warmer get? 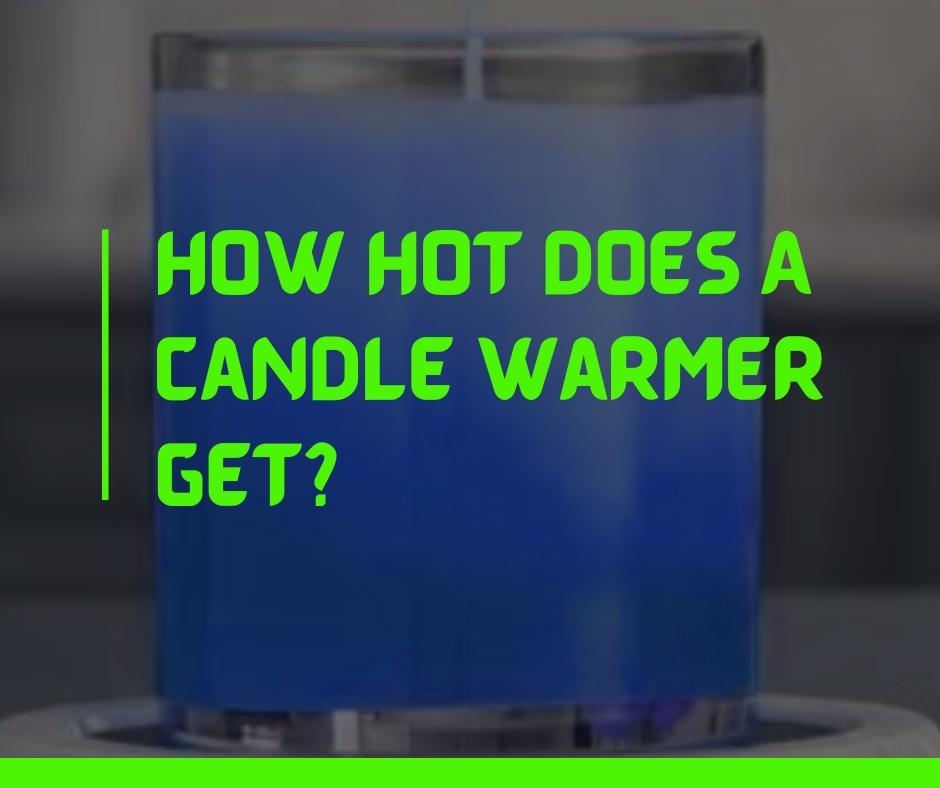 Before we go in this direction, let us first acquaint ourselves with how wax works. Wax is a material that can be either solid or molten to be used for other purposes such as candle making. Now the melting point of wax is between 115 – 154 Fahrenheit or 46.1°C – 67.7°C. This lengthy range is because different types of wax have different chemical compositions and thus varied melting points.

So, the wax you use for the candle warmer has an important role to play in determining how hot the device will get. To start with, it has to reach the optimal temperature to start melting the wax then it has to maintain a consistent heat for the wax to melt and for the scent to be released. In this process, the maximum temperature that a candle warmer can reach is 500 Fahrenheit or 260°C.

However, that does not always happen since most warmers have an auto-shut-off feature that turns off the heat after a certain heat level is reached and then turns it on again after the device has cooled down a bit.

Different types and their temperature

One thing about candle warmers is that they come in different types among which two are most commonly seen and bought.

The reason why this classification is important is that the two types do not consume the same amounts of electricity and neither do they reach similar levels of heat when kept on.

This uses a small plate similar to that of a coffee cup warmer to melt the candles. Since this uses conduction technology, the amount of heat generated is more than any other type of candle warmer and so is the energy consumed per hour of usage.

Hot plate-type candle warmers use about as much as 40 watts to heat a candle and if the amount of heat generated on an hourly basis is calculated it is about 110 degrees Fahrenheit or 43.33 degrees Celsius. This is of course for the first hour as the heat level increases and may reach as much as 500 degrees fahrenheit.

The bulb that powers this mechanism is usually a 25 Watt bulb and generates much less heat than other types of candle warmers. The surface temperature is going to be 70 degrees Fahrenheit at best. However, extended usage can wear the bulb down and this is why it needs to be replaced quite often.

Can candle warmers catch on fire? 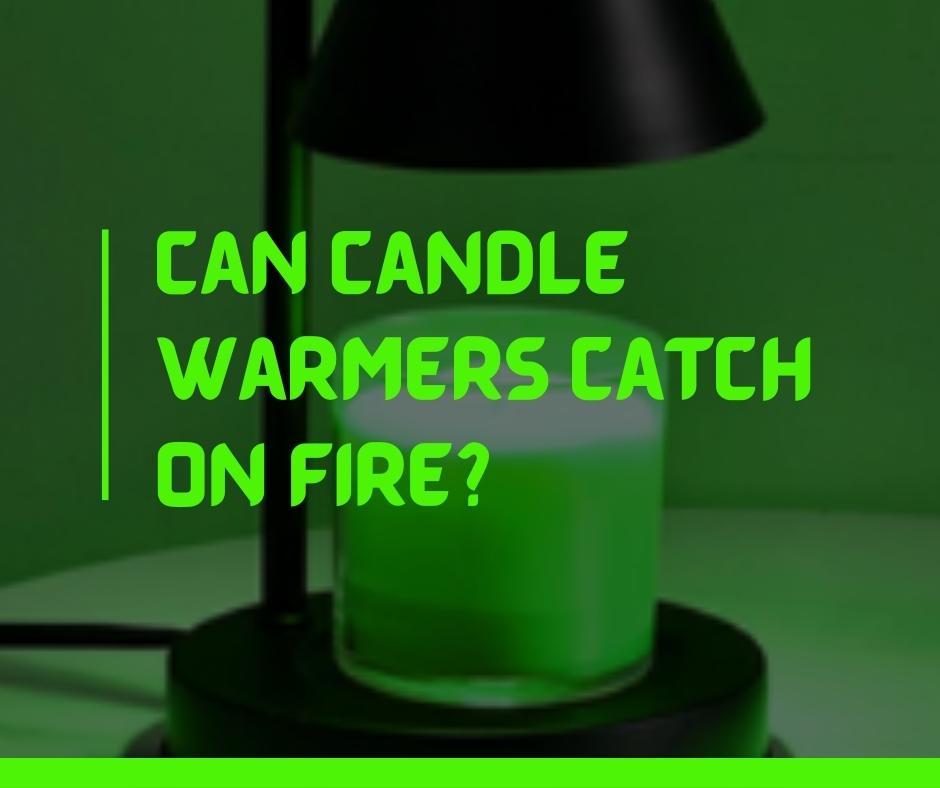 No, if used cautiously a candle warmer is not likely to catch fire. This is because the device does not use the traditional method of an open flame to melt the candle. Although the candles come with a wick, it is practically useless when used with a candle warmer.

This minimizes the chances of a fire by a lot but unfortunately does not completely remove the chances of other minor accidents. This is because even if the device does not use a burning method, it still is an electrical device, and sometimes overheating can cause the wires to catch a small fire.

If there are exposed metal surfaces on the device then leaving it on and unattended will heat the metal and cause scalded skin if touched. There is also the chance of wax spewing outside the jar and onto surrounding surfaces which will damage the surface.

Are candle warmers a fire hazard? 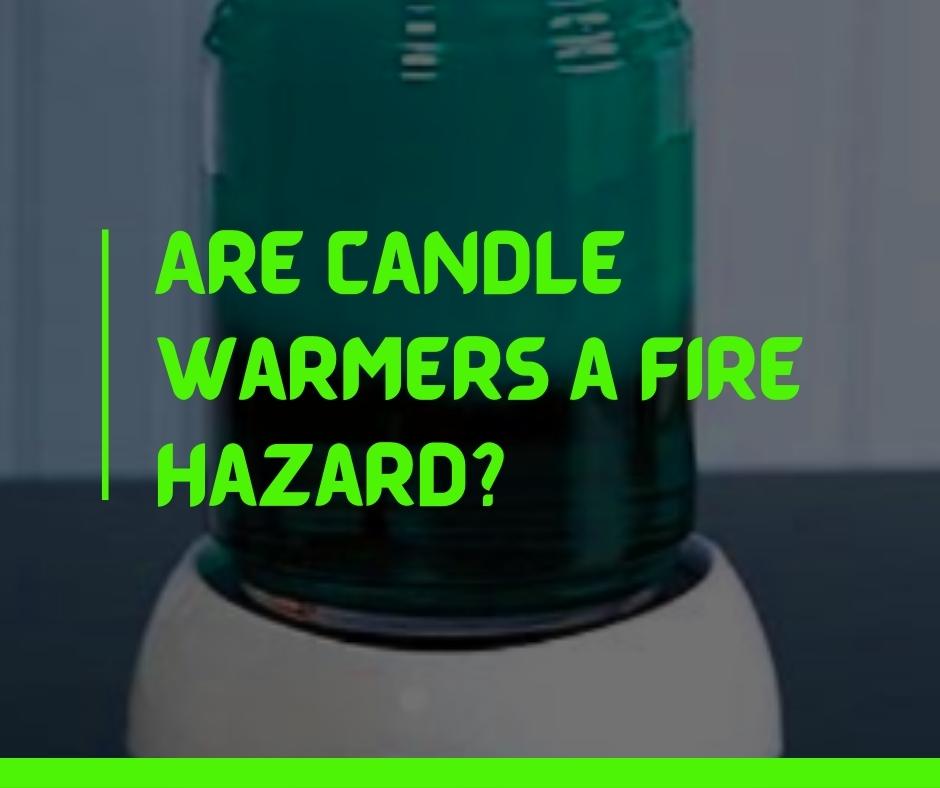 That being said, it is still an electrical device, and overusing or misusing it, although may not cause a fire but can surely cause a short-circuit or a burnt coil.

The best tip for using candle warmers is not to leave them unattended for a long time and to always take them off the plug when not in use. Also making sure that there is no accumulated leftover hot wax anywhere on the device is how you can safeguard yourself against mishaps.

The foremost important thing while handling any electrical device is caution and safety and you must always keep that in mind!