In the last few years, the popularity of Amazon’s virtual assistant Alexa has gradually increased with millions of households having at least one Alexa-enabled device. The sales number is predicted to increase by a lot over the next five years or so, especially with added features on the newest Alexa-enabled devices.

Needless to say, these devices and just simply using the virtual assistant Alexa on a daily basis use the internet to operate. Although, with the modernization of the web, the internet is no longer a costly commodity out of the common people’s reach. In other words, everyone has access to the internet these days.

Still, the question as to how much data does Alexa consume, begs to be answered.

Does Alexa Use Data?

To answer it precisely, yes. Alexa does use data or the internet to execute the functions you ask of it as well as to search the question you have. The more Alexa-enabled devices, the more data usage will be.

Without a steady supply of data, it is strictly impossible for Alexa to operate or utilize the features of the Alexa device. Echo rely on WiFi connections only and thus need a stable wifi internet for the user to get access to all its features.

How Much Data Does Alexa Use? 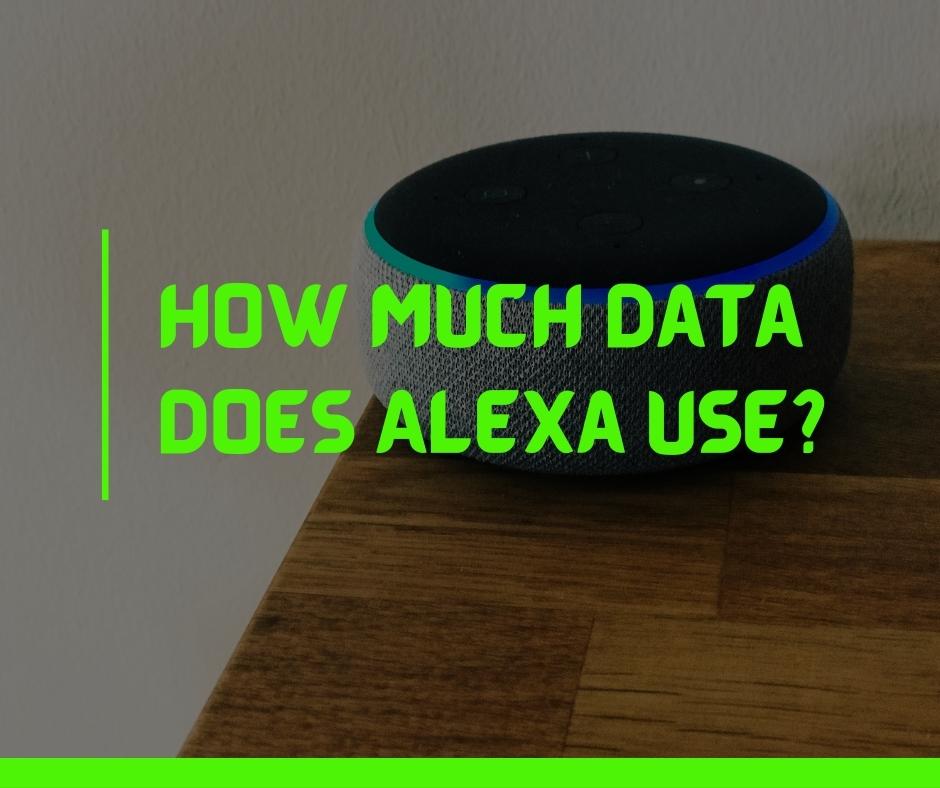 There is not a definite or set amount of data that Alexa consumes because it all depends on whether or not you use the Alexa devices frequently or just in passing. How much or how you use them also plays a role in determining how much data the Alexa-enabled devices are going to consume.

That said, an average amount of data consumption can be calculated according to the largest and smallest Alexa commands.

On average Alexa uses 35MB of bandwidth per day, which if calculated for a weekly and monthly basis, the amount will be 245MB and 1.05 GB respectively.

This average amount is assumed on daily standard usage of the Alexa devices for 30 mins of music streaming, two smart-home commands, one weather enquiry and one general question.

This was a rough estimate of data usage by one single Alexa-enabled device and the amounts will go up depending on how much you use Alexa and how many devices you have.

Does Alexa Use WiFi When Not In Use? 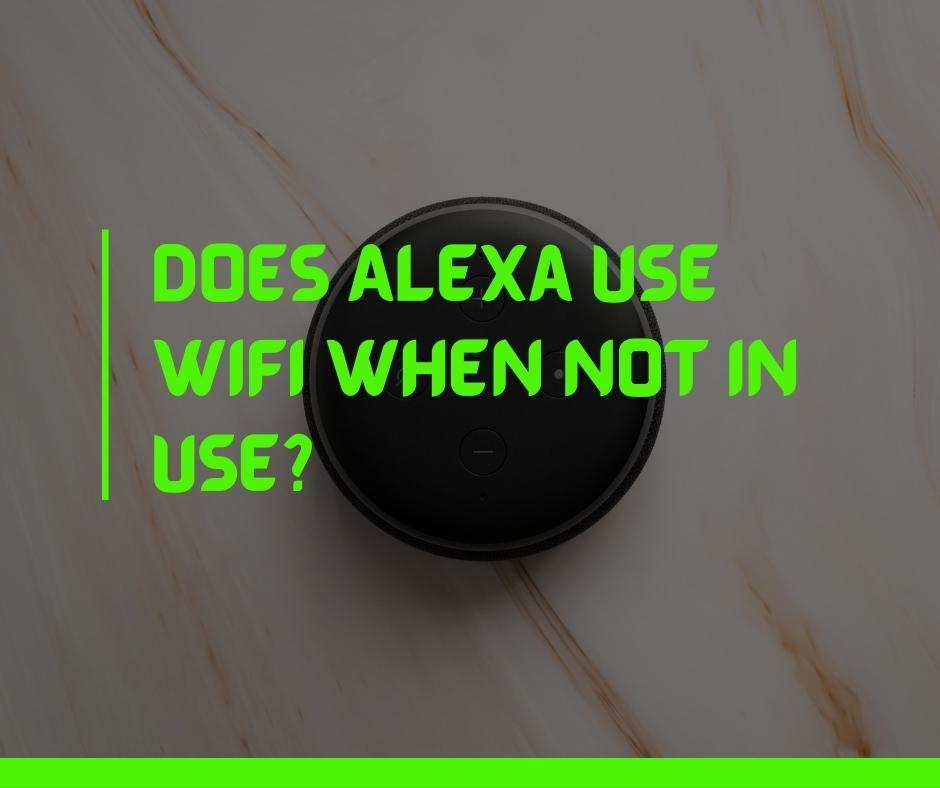 How Much Data Does Alexa Use When Idle? 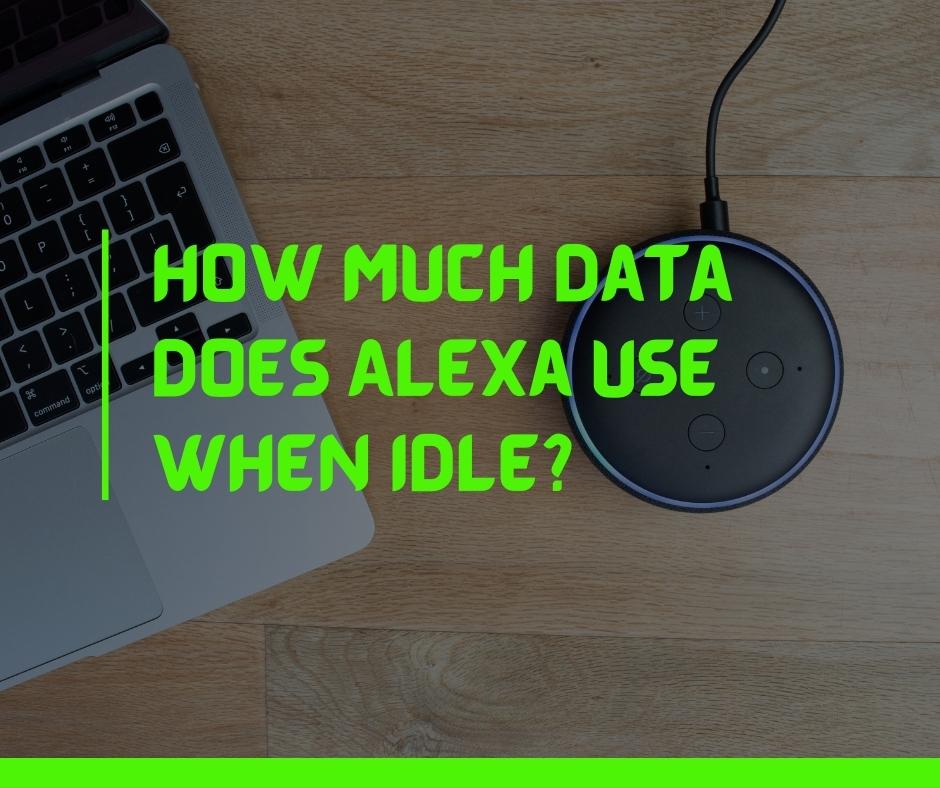 Technically speaking, Alexa is never idle, but always rather on standby and waiting for a command. In a sense, it remains in a state of hibernation when not being used.

Even without active usage, Alexa will consume as much as 7 MB from the wifi connection every day. Amazon usually maintains a low bandwidth for Alexa devices for controlled data consumption, but it will still use the WiFi even if you are not using the device.

But this is not a cause of much concern as a low bandwidth usage essentially means that the data usage will be limited and/or capped.

Does Alexa Slow Down WiFi? 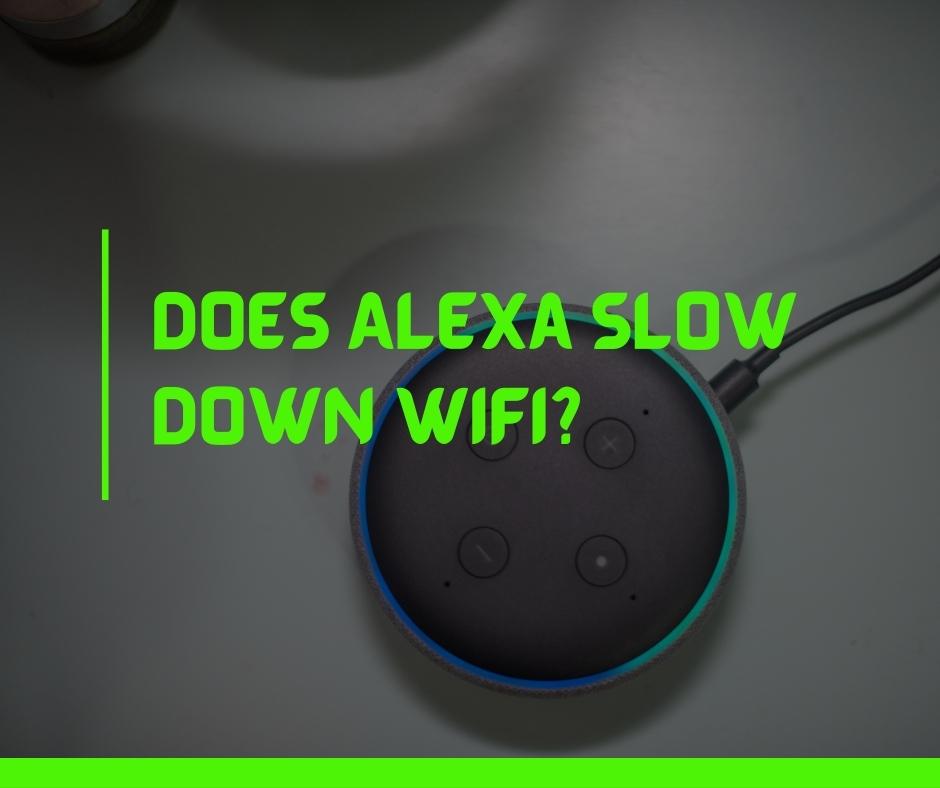 To answer this properly, let us first gloss over what it means to have the bandwidth. To simply define it, the bandwidth of any network that provides the internet refers to the maximum amount of data transfer that can be done across the sending and receiving terminals of a connection.

In the bandwidth of your WiFi connection, the Alexa device or devices are all on the receiving ends and if your data connection allows for limited bandwidth, logic dictates that using an Alexa-enabled device will slow your wifi down when you try to use it simultaneously for any other purpose.

However, this is applicable to all smart devices that can be connected using a WiFi connection. The more receivers of a limited supply of internet, the more it will slow down across all the devices.

Think of it like this, you are trying to watch a movie in your room but the video keeps buffering so you go and check to discover that your family member who also uses the same WiFi connection is downloading a heavyweight game that is consuming a lot of data and is slowing the wifi down.

So, to answer the original question- Yes, Alexa does slow WiFi down but only because the bandwidth is limited and because that is how smart devices function.

Does Alexa Use the Internet All the Time? 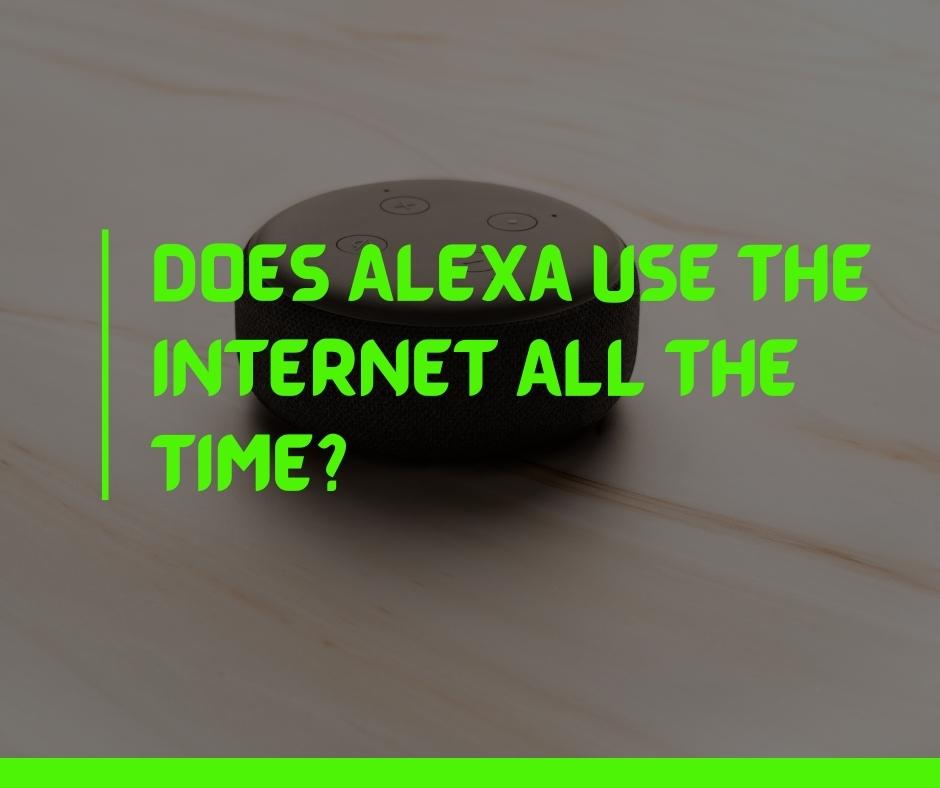 The amount of internet Alexa uses depends on the duration, intensity, and purpose of use as already mentioned above, but time and again you might wonder if Alexa is using up the internet when you are “using” it.

Even when you are not actively using Alexa for any purpose, it still consumes data and uses the internet. Every day around 7.3 MB is lost to Alexa even if it is kept in a hibernating mode without being used.

Although this is not alarming as the internet use is minimal, there is indeed a concerning downside to this. The reason is constant data collection by the virtual assistant. If Alexa is on standby, it also means that it will be able to collect data on what you speak, the information on your devices, IP addresses, and so on.

This is why you will notice android Alexa recommending places to eat if you spoke about eating in a restaurant while it was on standby. Although this is not a big deal this can be a security issue at times.

What Alexa Command Uses The Most Data?

If you scroll back up and have a look at the table that has been provided, you will see that among the most common Alexa commands, the one to play music on any app such as Pandora consumes the most amount of data.

The bandwidth Alexa uses is maintained by Amazon. This means that once you have surpassed the bandwidth limit, you will be alerted to this fact and have to manually choose to consume more data. This limit has often been seen to be reached fastest by streaming music, as it also usually required a speed of 512 kb/ps to stream music in good quality.

If you listen to, say, 3 hours of music per day, you will be consuming around 701 MB of data and in a month you will be using more than 5 GB. While this amount is not very large, it can be a concern for those who have a limited data plan.

Can Alexa Do An Internet Speed Test?

A speed test is one of the many skills virtual assistant Alexa has and it is also often advised to use this feature to test the speed of your internet from time to time. However, you will need to install a third-party app to utilize this feature.

The purpose of a speed test is to verify whether or not you are getting the amount of data you are supposed to be getting. If for some reason, the results show that the speed is much lower than the expected amount, you should resolve the matter at once by calling your internet service provider as this basically means that you are paying for a higher internet speed while getting lower amounts of it.

Some users, however, do not prefer using this skill as the set-up procedure for activating this skill is a bit complicated and often if you are using iOS or Linux, the speed test does not run and says that it cannot find the binary.

It is not a standalone Alexa skill and needs support from other applications. That said, if you can set your device up to run the speed test, then it will be worth it.

So, it has been made abundantly clear that Alexa has a significant portion of your daily or monthly bandwidth usage. The data Alexa uses, however, will vary between users. This is especially the case in households that have smart home devices installed, in which case the data usage is more than if only one Amazon echo dot is used.

The best way to fully utilize all the Alexa skills is to have a fast and good internet connection, But this is often not possible for people who have limited budgets for data. But if you research a little, there are plenty of network providers who provide data at a reasonable price.

You can also try going for the annual data plans, which almost always cost less than if you were to subscribe to the same plan and make the payment on a monthly basis.