One may say that there is no need to differentiate between a candle warmer and a wax warmer because ultimately both serve the same purpose of melting wax without using an open flame and candles are also made of solidified wax.

However, there are some differences, both in the usage and the manner of usage. Let us find out what they are.

Is a candle warmer the same as a wax warmer? 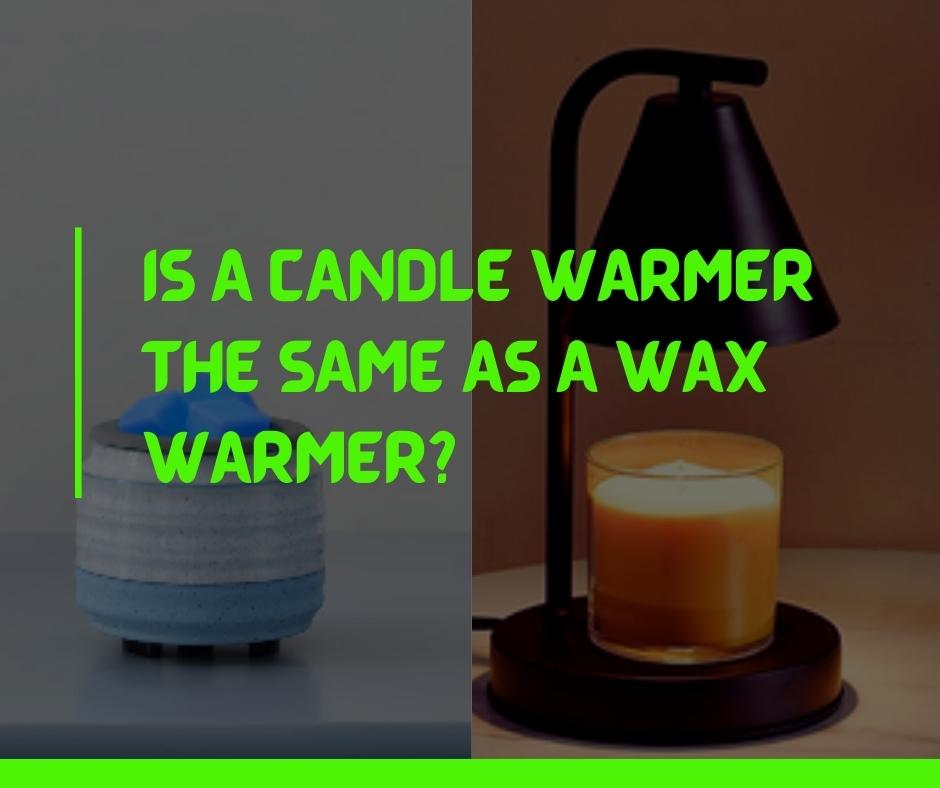 No, a candle warmer is not the same as a wax warmer although some may be justifiably confused between the two.

A candle warmer is used for melting candles and releasing their scent into the air. Thus it can be said that candle warmers serve a pretty exclusive purpose of being an alternative to scented candles.

Without using an open flame or having to light the wick, the jar candles are placed on the warmer which supplies heat to it. Once the candle is heated, it starts to warm up and melt. Candle warmers have buttons to regulate the heat and you can change the temperature settings depending on how strong the fragrance you want it to be.

Technically, a wax warmer can also be used for the same purpose of scenting, but that is not the only thing that can be done with a wax warmer. Melted wax is used for a variety of purposes that range from waxing the skin, making wax seals for envelopes, wax figures, candles, and also medical and therapeutic uses where molten paraffin wax is applied over an area of the body that has received injury or joints that are suffering from arthritis.

Moreover, candle warmers can only be used for candles that come in glass jars. Instead of lighting such a candle, you just place it on the hot warmer to release the scent. Bare wax or traditional candles without a cover cannot be used with a candle warmer as the molten wax needs a place to be stored.

Wax warmers, on the other hand, are used for melting wax tarts, wax melts, and chunks of wax that come without a wick. The container that comes with the device serves as a bowl where the molten wax is kept, stored, and stirred, to be used as a raw material for making the products mentioned above.

A wax warmer can also be used to release the scent of essential oils from wax tarts or wax melts and it can be used to mix the two as well. Scented wax tarts are made by melting gel wax and mixing fragrant oil and color with it.

However, a hot plate candle warmer can be used as a wax warmer as well where instead of glass candles, you place the container with wax chips inside it which can be melted.

Are wax melts made the same as candles? 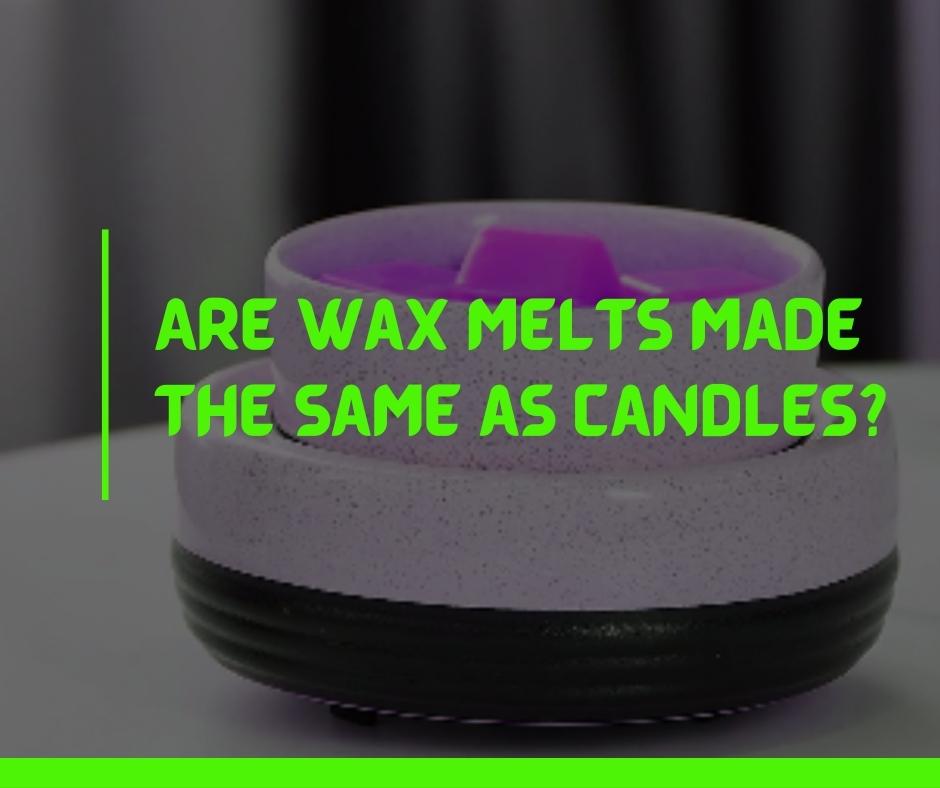 No, wax melts and candles are two very different things and should not be confused with each other. The primary aspect that sets the two apart whenever someone sees it is probably the presence of a wick.

While candles, whether jarred or otherwise, still have wicks inside them for traditional methods of burning, wax melts look like a bar of chocolates that has to be taken and melted inside wax melts warmer.

There are other very important differences between the two as well.

What is a wax warmer
What is a candle warmer

Can I use a candle warmer for wax?

Simply put, yes you can. Those candle warmers that can accommodate a glass candle can also be used with wax inside a container. You just have to use a container of appropriate metal and that’s all there is to it.

So, these were the main differences between a candle warmer and a wax warmer. Both of them are very closely related products and can thus be sometimes confused with each other. But as a buyer, you should be careful about what you are buying and carefully scrutinize before making the purchase.