In recent times, homeowners have become aware of the need and importance to resort to eco-friendly building materials.

It would be wrong to blatantly claim its safety on human health. With the increasing popularity of cellulose insulation, concerns have also risen about the various health risks it can pose to installers and occupants, in the long run.

Though no conclusive study has yet been made on the basis of which we can declare cellulose insulation to be toxic, some scholars discourage its use.

In this guide, we have discussed the safety of cellulose insulation in detail. We have discussed all possible side effects that cellulose can have upon the occupants in the long run. Therefore, without any further delay, it’s dive into this in-depth discussion. 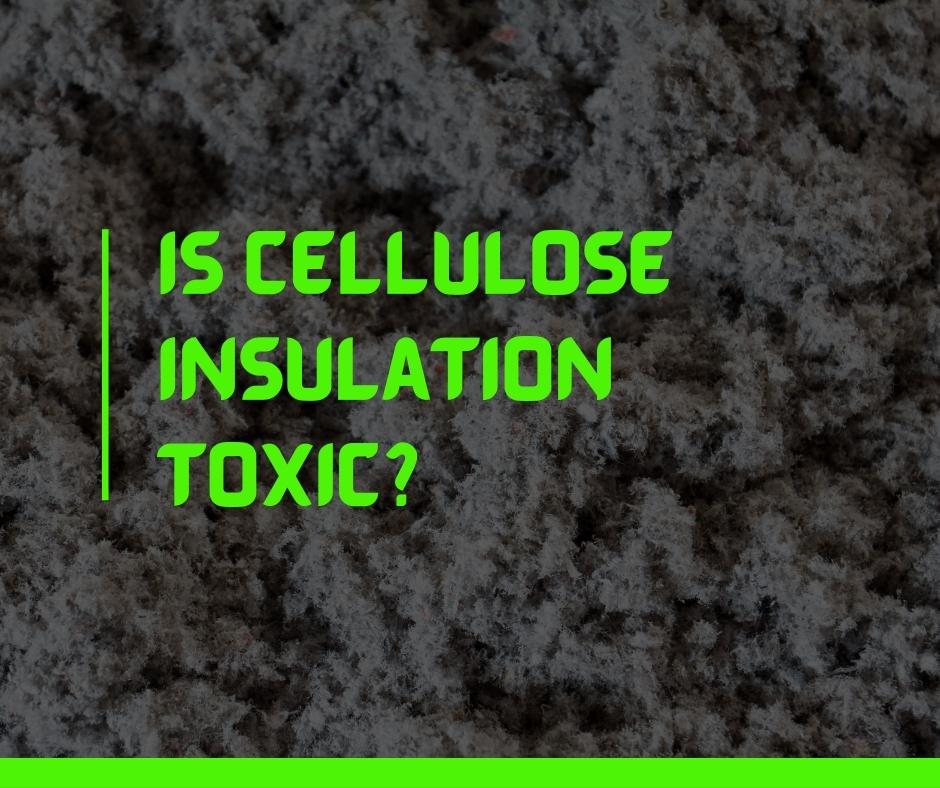 No, it is not exactly toxic. It consists of shredded newspapers. To that, chemicals are mixed to make the final product fire resistant. These chemicals are also added to give mold inhibiting properties to cellulose insulation.

Out of the list of chemicals that are added, some of the common ones are ammonium sulphate, boric acid, sodium borate, etc. The last two chemicals not only make cellulose insulation fire resistant but add properties to withstand mold, insect, rodents, etc.

It might so happen that after the installation of the cellulose insulation, a strong smell is being released and it becomes stronger with time. This smell is a result of the toxicity of the cellulose. Though this is an extremely rare case, it shouldn’t be neglected.

Experts advise homeowners to test if they can withstand the smell of cellulose before making a decision.

Is it safe to touch cellulose insulation?

Unlike fiberglass material, cellulose insulation doesn’t cause any effect on skin, in case one touches it. It mostly contains about 82 to 85% of recyclable material.

Therefore, it’s environment friendly and unlike various other types of insulation, it wouldn’t cause any kind of reaction to your skin.

Is cellulose insulation safe to breathe? 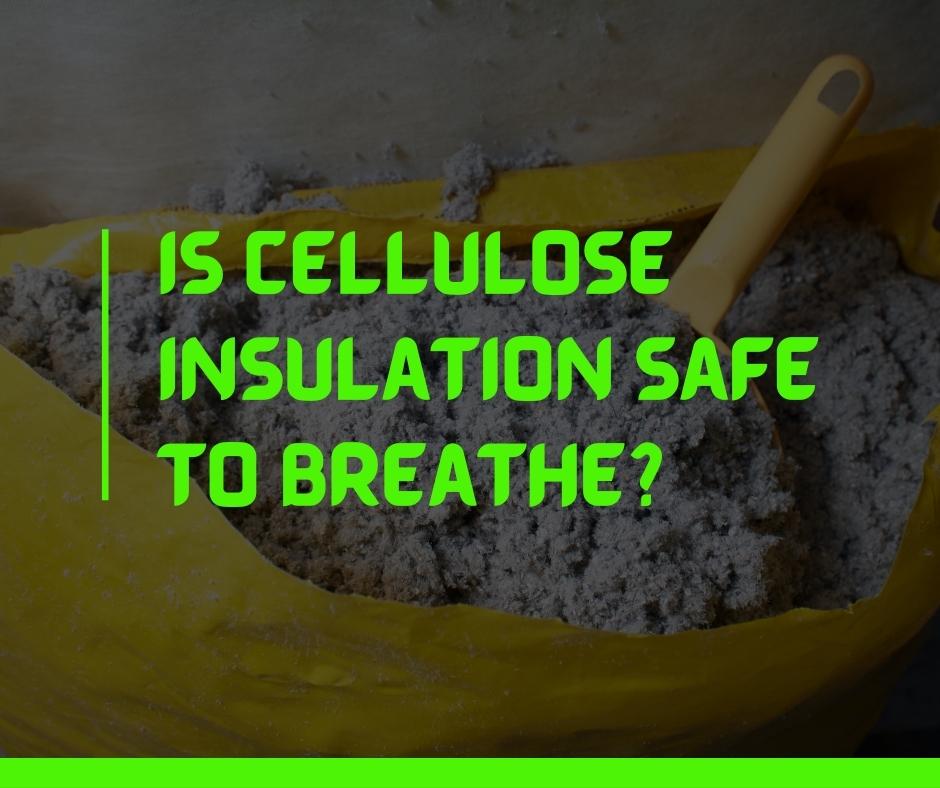 Prolonged exposure to cellulose insulation can be harmful in the long run. Breathing shredded paper has been found to be dangerous. It can give rise to respiratory issues, if you continue to inhale it in the long run.

The chemicals that are used in the manufacturing process can emit harmful gases, which when inhaled can be dangerous for one’s health.

Cellulose insulation that consists of formaldehyde and small portions of fibres aren’t environment friendly. If you are someone with skin disorders or breathing problems, you shouldn’t prefer to install cellulose insulation. Persons allergic to cellulose should also stay away.

Its particles can be itchy for people with skin problems and if inhaled can cause irritation to the lungs. If those particles come in contact with the eyes, it might irritate your eyes too.

No, cellulose insulation isn’t carcinogenic in nature. There is no study to conclude this fact yet.

Is cellulose insulation harmful for the human body?

No, cellulose insulation is usually not toxic and therefore not harmful for the human body. However, excessive inhalation of shredded paper can be harmful in the long run.

Also, experts advise homeowners to test before installing cellulose insulation at their homes.  One must check if one can tolerate the smell of cellulose.

Cellulose is expected to smell like a new newspaper. Keep the sample in your place for some days. If you find that the smell doesn’t bother you, you can proceed with the installation process.

Additionally, there are different types of cellulose available in the market and the installation process varies with the type of cellulose. Their chemical composition also varies. Some contain multiple chemicals while some are treated with borate only. 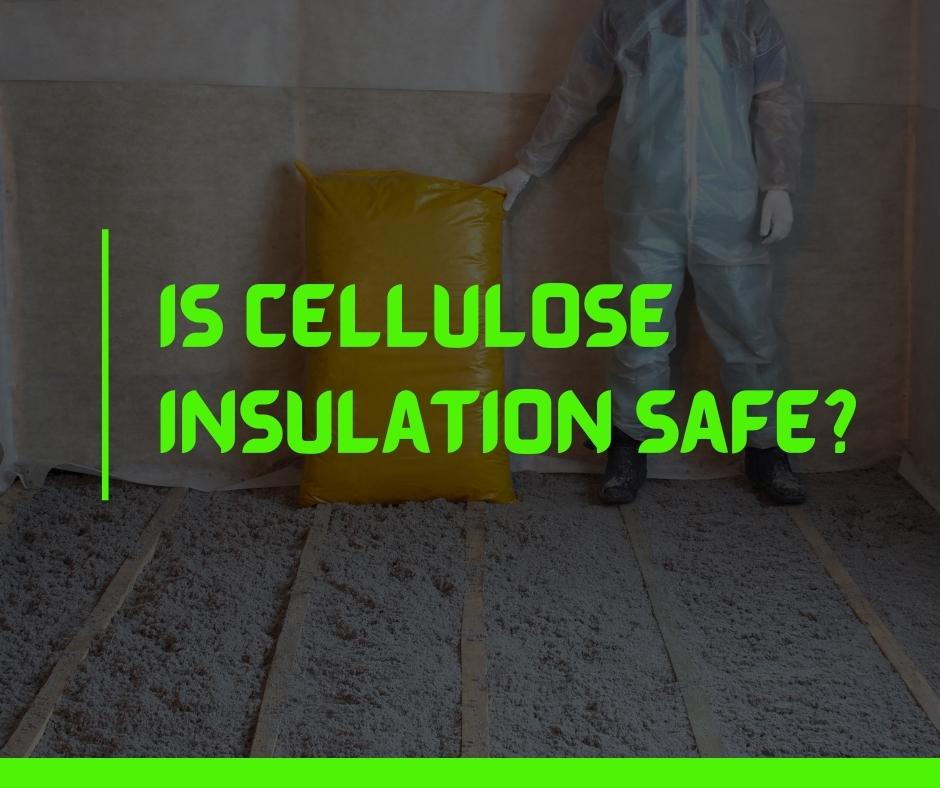 Exactly how safe is cellulose insulation for workers and homeowners has been the subject of study for several years. In simple terms, it’s a matter of controversy. Some proponents argue that the chemicals present in cellulose are toxic while some claim that there’s no such study to prove it.

We have already mentioned that cellulose is composed of 20% fire retardant chemicals like sodium borate, boric acid and ammonium sulfate. Studies claim that boric acid and borates have been found to be toxic for humans if it goes inside the body. It further goes on to say that even if 1/8 ounce of these chemicals go inside the body of an infant, it would be fatal.

An article in the British Journal of Industrial Medicine written by J. M. G. Davis discusses the health concerns related to boric acid in further detail. It says that boric acid itself is toxic, which puts the toxicity of cellulose insulation to question. It is however not implied that by inhaling cellulose, one can experience lethal toxicity.

However, in the long run, inhalation of soluble boric acid can lead to abdominal pain, lung dysfunction, kidney and liver disorder.

On the other hand, we have studies and information which say the opposite of the above-mentioned facts. For instance, the Cellulose Insulation Manufacturers Association (CIMA) claims that installing cellulose insulation in one house is a justified step because an individual would take 40 years to recycle the same amount of newspaper.

Furthermore, it claims cellulose to be green, and therefore environment friendly. It requires less energy than other types of home insulation.

Independent testing firms have confirmed that cellulose insulation is safe to be installed in modern homes. In fact, it’s considered more fire resistant than fiberglass.

This claim can be justified on the basis that cellulose fibres are closely arranged beside one another, because of which it can effectively prevent the spread of fire through framing wall cavities.

Keeping in mind the discussion so far, there’s no definite answer to this question. Most studies however claim cellulose insulation to be safe.

The question about its safety arises from the presence of boric acid. However, there’s no clear study that concludes that cellulose insulation is harmful for human health.

Cellulose insulation has been related to corrosion. Let’s see how.  Cellulose contains ammonium sulphate in its chemical composition. When ammonium sulphate mixes with humidity or moisture or decomposes, it produces sulphuric acid which causes corrosion in metals.

Reports have found that copper pipes or steel fasteners in the house got corroded when they came in contact with wet or humid cellulose. With the increasing preference for wet spray cellulose insulation, the concern for corrosion is also increasing.

Experts suggest that all cellulose insulation must qualify corrosivity tests before being introduced in the market.

Also, they must be properly installed to retain their form for long. Lastly, manufacturers should add corrosion inhibitors to improve cellulose’s corrosion resistance properties.

For anyone installing cellulose insulation, a set of rules need to be followed to stay healthy and safe when the process of installation goes on. They are:

No matter, you have chosen cellulose insulation for wall insulation or attic insulation, one must follow the above mentioned tips to stay safe throughout the process.

After thorough research, one can conclude that cellulose insulation is safe, from a health standpoint, if it’s properly installed. Though various researches have said otherwise,  there are no adequate proofs which justify such claims. According to most experts, there’s no significant health concern to worry about.

As of now, what manufacturers should focus on is the loss of fire resistant properties of cellulose insulation. It can be rightly said that cellulose insulation can be the right alternative to achieve a green, sustainable future and therefore care must be taken to ensure its quality and performance in the long run.