When you’re making an amazing meal for your family or friends, you may have to use the oven multiple times, and you won’t be able to concentrate on other stuff when you’re in the “zone.”

Now, if you hear your oven making an unusual noise even when you have turned it off after use, you might be surprised and even concerned. In this article, we will explore some of the most common reasons why your oven keeps on humming and cover tips on how to stop it from making noise.

Usually, your oven may make noise even after use and when it’s off. This is because there is a cooling fan attached to the oven that helps cool down the appliance. A heating device must cool down fast as it can hurt the wirings and the user.

Why does my oven make noise after I turn it off? 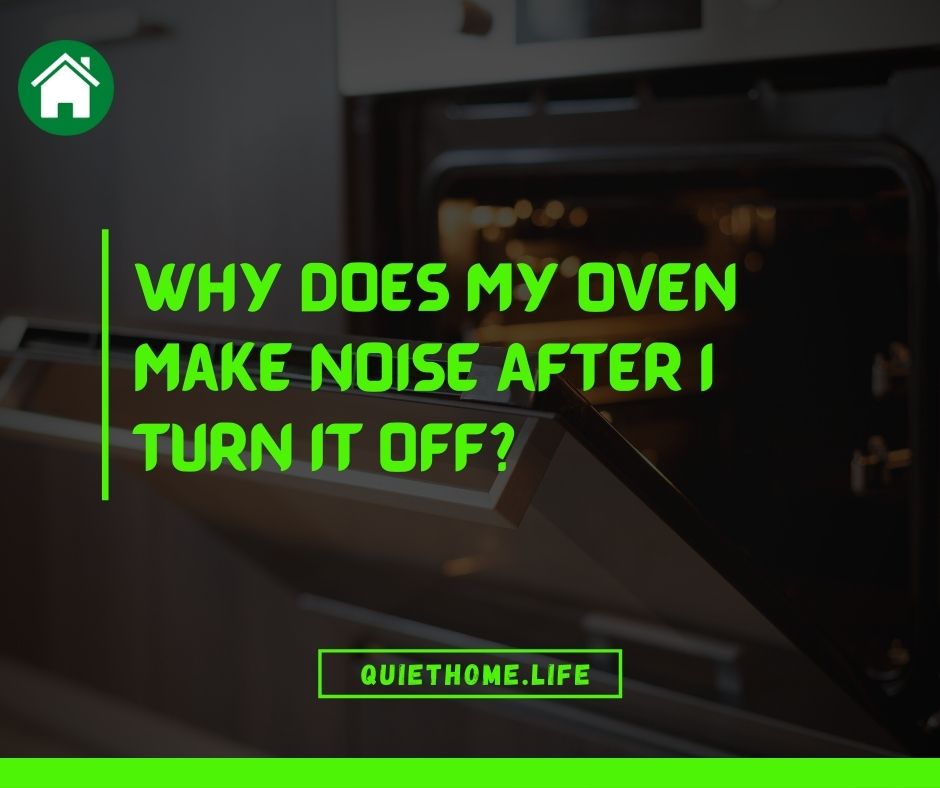 As mentioned above, there are in-built cooling systems that are designed to cool off the vapors. But, if the cooling sessions last more than 20-30 minutes at a stretch, there might be a glitch or a hardware problem with your appliance.

Also, the noise need not be from the cooling system or the damage to the fan. If you hear any abnormal noise or beeping/vibrating from your device, there might be some other complications with your oven. Let’s explore some of the most common cases where an oven makes noise after turning off.

The role of the thermostat in an oven is integral. It determines the working of the heaters present in the oven when it reaches the desired temperature. It is also in charge of deciding when to switch off the cooling system after the oven is used to cool down the appliance.

Suppose the thermostat is damaged by chance, or there is some glitch in the system, and the readings are not registered or transmitted correctly.

In that case, there are increased chances of your microwave malfunctioning as a whole because you can’t set the temperature. It can also result in longer cooling sessions and cause the oven to make noise way past the 20-30 minutes mark.

One way to know whether the motor is damaged is by turning the fan blades manually after opening the back panel of the oven. If it’s hard to move or isn’t moving at all, then you may have to fix the motor. You can always try a back-first approach to remove the faulty part, i.e., the motor.

Fan blades play a huge role in the humming noise from the oven. If you can hear a whirring noise or rhythmic thumping, there may be something wrong with the fan blades. Fan blades can often be out of alignment after continuous use.

This happens because the fan is often a high-speed rotating device and gets loosened over time. This can lead to the fan bumping into other parts of the appliance and damaging the blades. You can confirm this if you hear clanking sounds from the back of the microwave oven.

How to stop the oven from making noise when it’s off? 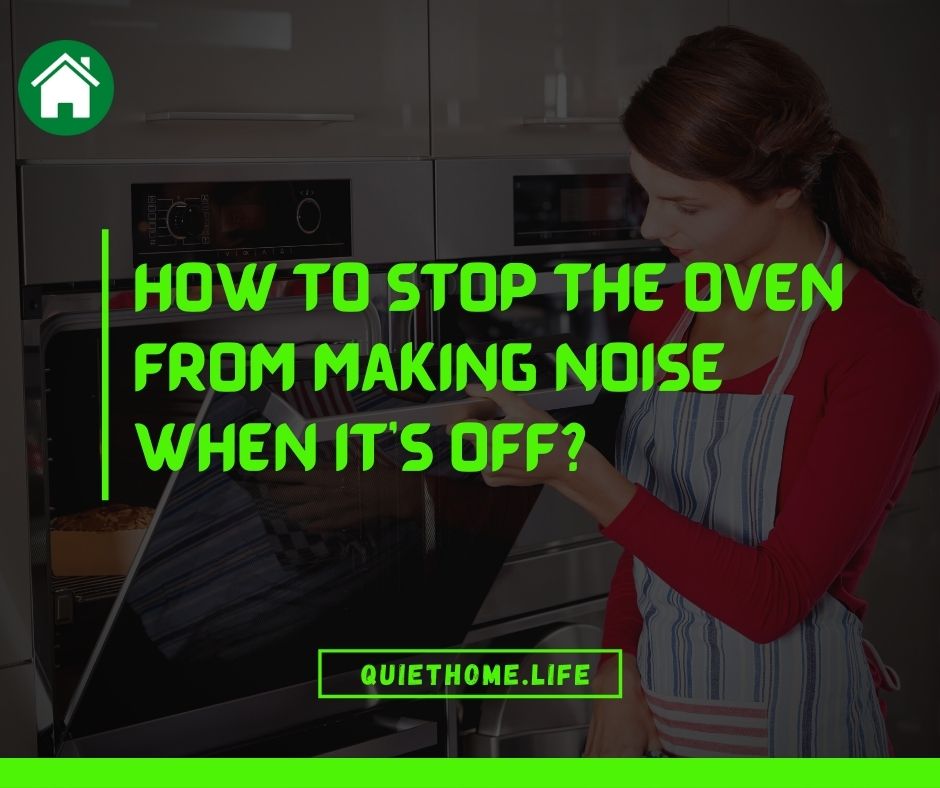 Now that we are familiar with the common causes for your oven making noise even when it’s turned off after use let’s discuss what we can do in such a situation to solve the problem or minimize the damage.

We have already seen how a thermostat can contribute to the majority of the noise the oven creates. Thermostats can damage the entire functioning of the oven as it is supposed to determine the temperature at which cooking should happen.

The positioning of the thermostat depends on the design and manufacturer of your oven. Most probably, thermostats are found in the back panel or the control panel of the oven.

You can refer to the instructions found in the instruction manual of the oven or go online and visit the manufacturer’s site to determine the location of the thermostat.

This is not as hard as fixing the thermostat problems, as fan blades are easily accessible and replaceable. Often found in the back panel of the oven, you can loosen the screws and remove the shelves upholding the panel.

After taking the panel out, you can remove the oven’s fan. The fan blades may be in a circular cage, and if they are not aligned, they can rub together and cause clunking sounds.

If the fan blades are out of alignment, you can tighten the central rivets or nuts. All it takes is a pair of pliers or screwdrivers, and you are good to go. If it doesn’t work, you can replace the entire setup.

If it doesn’t solve the problem, then it is safe to assume that the problem isn’t with the fan blades but with the motor of the oven.

After removing the fan blades from the shaft of the cooling system, you can see the motor rotating the blades. The motor will be attached to a metal casing for safety purposes on the back of the oven.

If there is anything wrong with the motor, you may have to replace the whole part from the metal cover of the appliance. Let’s cover the basics of how to take the system apart and replace the motor.

Give your oven some time after every use.

This is a long-term solution and has to be practiced after each session of use. The performance of an electrical device will be affected by continuous usage. So giving a resting time after using it for a while will help improve the machine’s health and reduce the noises that the oven may produce.

This is because the rotatory components will get sufficient time to enter a relaxed state and be ready for the following sessions. The less heat produced will also add to the above-mentioned good effect.

Keeping the device comfortable has a significant influence on its performance. Good performance implies less noise. Giving proper resting time for your oven also helps improve your energy consumption rate to a large extent as it is a device that consumes a lot of power.

This may be seen as a solution for your electricity bill shooting up. Your oven will be less prone to voltage fluctuations and other issues. This will also help in increasing the life span of your home appliance. All these are the extra benefits you get by providing your oven a resting time.

There may have been instances where your oven has given you a horrible time. But your machine is not the only one who must be accused of making such noises frequently. Your way of usage and the working condition of the oven has a vital role to play in this.

You may have used it for a very long period so that the fans may have to work so hard to reduce the heat produced in the system resulting in noises. There are also chances that the oven may be overloaded or damaged.  The fact is that there is no one-stop solution for this problem. You must try to diagnose the problem faster and consult an expert to solve it more efficiently.

Regulating the usage time and giving it proper resting time will help minimize the problems due to noises.