Stud walls are widely used interior walls. They have several advantages. We can put up stud walls in an easy and quick way, but they do not really have any soundproofing capacity.

But no worries! You can soundproof stud walls by different methods, and the only requirement is some DIY knowledge.

Soundproofing the walls is necessary in case of soundproofing home , office or anything as they pass a lot of vibrations.

We can soundproof stud walls simply with less expense and effort. Here we are discussing nine working methods to help you soundproof your stud walls.

9 Ways to Soundproof a Stud Wall 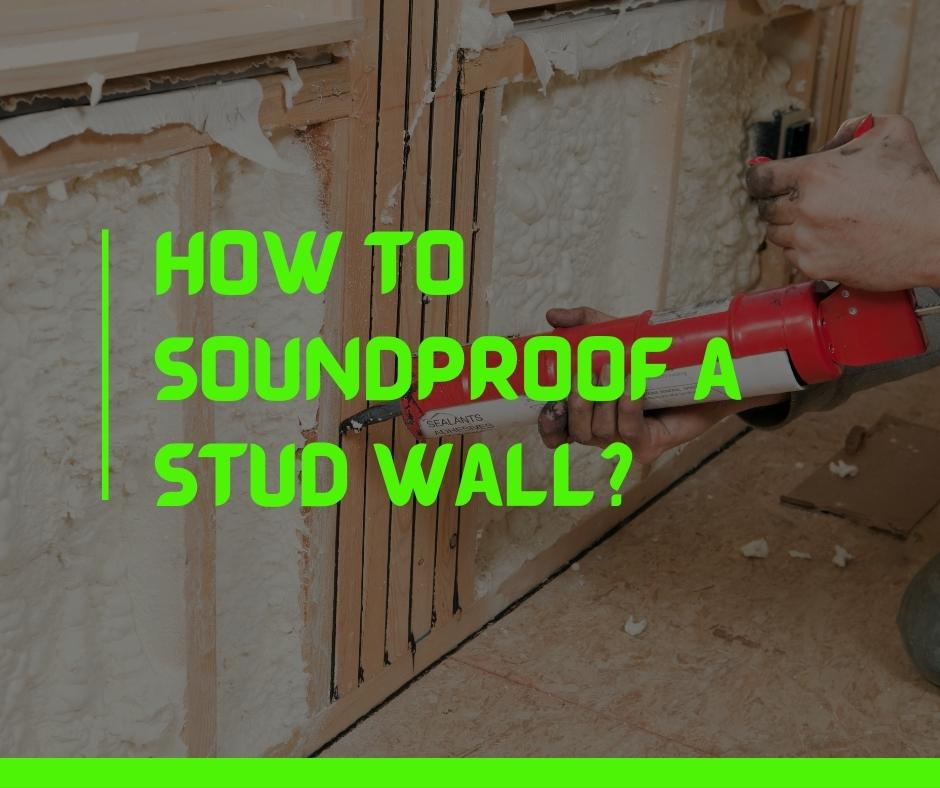 Soundproofing the walls is unavoidable in case of soundproofing your home. If it’s a stud wall, soundproofing is easy to do. Stud walls contain vertical wooden planks, also called studs.

They have a sheet of drywall on each side. Almost all the stud walls have an empty cavity between two drywalls. If sound enters the cavity, it becomes louder and will make an echo.

When it comes to soundproofing the stud walls, You can do it in two ways,

There are different ways to soundproof an existing stud walls, including the following

First method is simple, adding some mass into the wall cavity. Mass will block and absorb sound waves. Thereby they will prevent the noises from bouncing through the walls.

Another one is decoupling. It means isolating each side of the wall, making them two separate walls, and allowing them to vibrate independently without passing vibrations to each other.

And the next is dampening sound waves. Dampening is an effective method to reduce noise transmission. Dampening can be done by adding some insulation or adding mass. It will reduce reverberation of noise and echo. Here we discuss nine ways to soundproof a stud wall based on the above three principles. 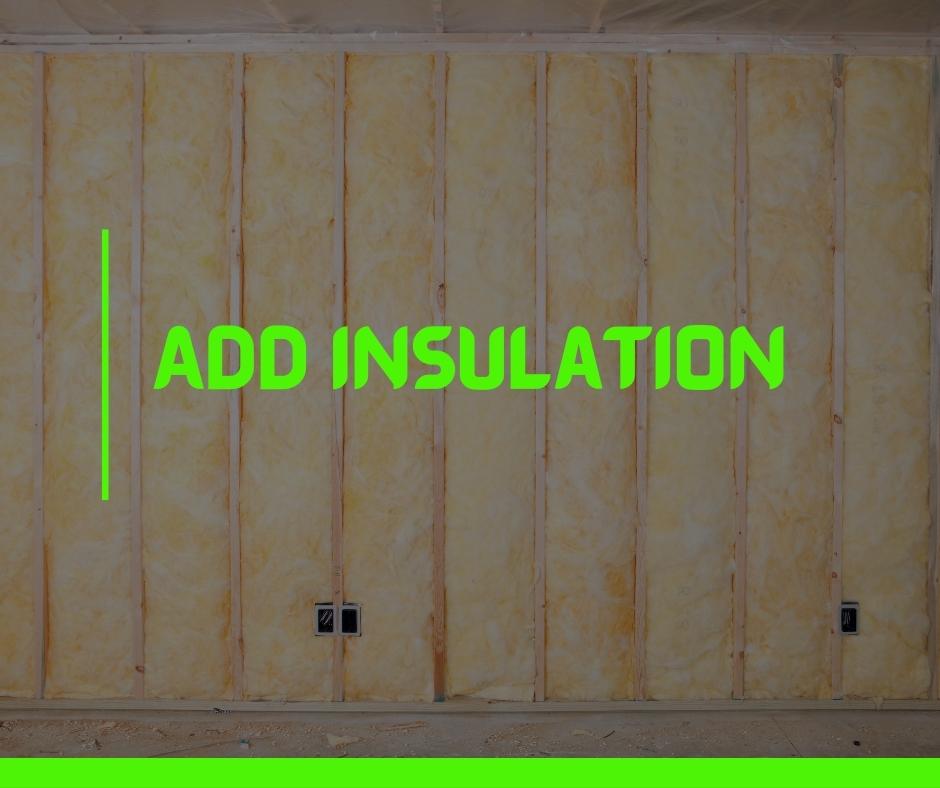 Adding insulation can be effective in both cases when you are soundproofing an existing stud wall, or you are going to build a new stud wall.

You should rip off one side of the drywall when soundproofing an existing stud wall. Ripping inside the room where you want to soundproof is preferable. Because later, you can add more layers of drywall here. And as the next part, fill insulation inside that cavity. You can use different insulation materials such as rockwool insulation, fiberglass insulation, etc. Using acoustic insulation will give you some better results.

If you are building a new stud wall, add more mass or insulation materials inside the wall cavity. Thereby you can prevent noise reverberation.

If you are not interested in decoupling, maybe because of cost and its effect on structural stability, then you can try this method.

This method is also effective in both situations,   when you are trying to construct a new stud wall and when you are going to soundproof the existing one. This is one of the easiest methods which you can prefer during soundproofing a stud wall.

The cheapest way is making double walls or making double-layered stud walls. This method will really work in soundproofing. You can also use other methods such as using an MLV sheet, Vehicle sound deadening mat on your stud wall.

The MLV sheet is dense. It can dampen sound waves, by absorbing them. It can also improve the STC level, and it works well in attenuating excess noise. If you are using MLV sheets, also use vinyl cement to stick it on the walls along with the acoustic sealant. Sealant will help you to fix all the gaps in the edges of the vinyl.

Acoustic partition rolls are also a popular choice in soundproofing a stud wall. They can be installed easily and are of high quality. Most APRs are created to fit for both studs, making their installation easy.

You can add more layers of drywall to make the wall denser and  it will effectively block noise. Adding 1 more drywall will make a significant decrease in sound transmission. Its effects will not be up to decoupling, but you can block noises with less effort and expense.

The isolation of studs is purely based on decoupling. Decoupling means you are making two separate studs for each side of the wall. This will create a space or cavity between the walls, and this will prevent noises from passing through the walls. This will create a significant structural change, so please be comfortable about it before doing it.

Building two stud walls separately means you have two studs that are separately sealed and insulated. It can make a small cavity between the walls but can bring huge changes in soundproofing.

The next method is installing a staggered stud wall which is an effective method for soundproofing a stud wall. In this method, studs are staggered to make separate studs for each side of the wall. An air cavity will form there, and it can prevent the transmission of sound.

One of the best stud wall soundproofing solutions is an acoustic plastic board. You can choose it whenever you are going to construct a stud wall and when soundproofing an existing stud wall. It has a significant density, which can prevent sound waves and vibrations from bouncing.

Its size is almost regular to normal plasterboard. But it will effectively work in reducing the transfer of noise without any extra space requirements. It can be installed directly on the stud wall, or you can add it with another layer. You can use it with other soundproofing methods for the best results. 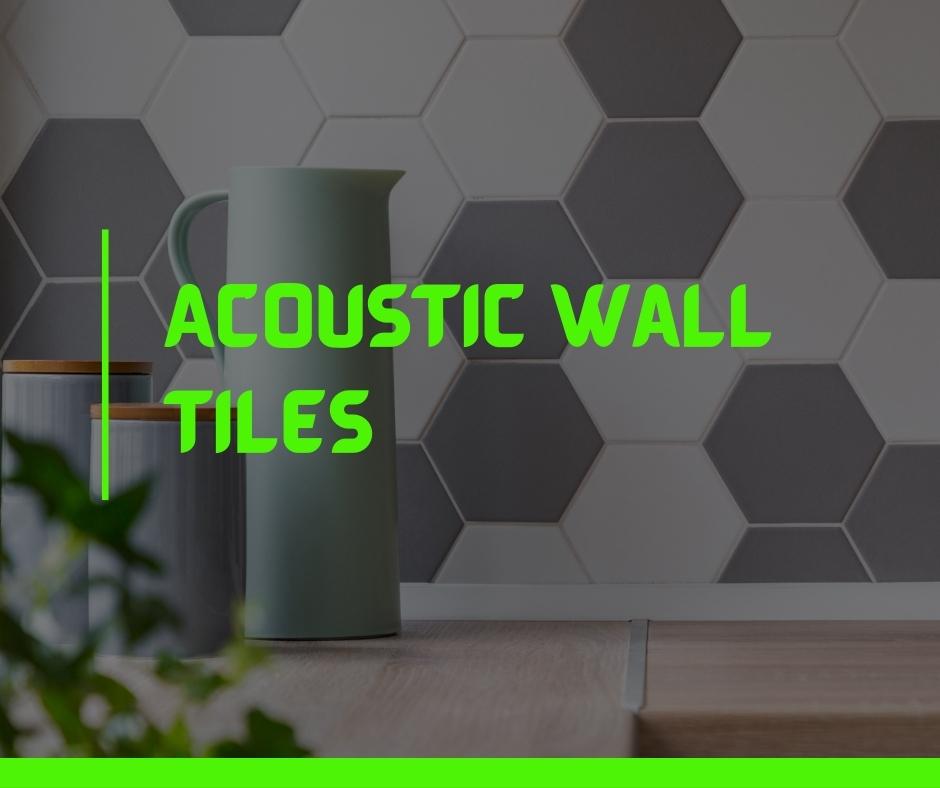 Acoustic tiles are an easy, quick and simple way for soundproofing. It is also an affordable way to reduce the amount of noise in a space. One of the best things about acoustic wall tiles is that you can install it over existing walls.

You can make an increment in isolation of your walls with the help of an acoustic clip. The clip is designed to prevent the noises which transfer through the building.

They never allow the noises and their vibrations to pass through. Space created by the acoustic clip among the stud walls is the reason.

It will perform well. It can be very helpful in case walls need high soundproofing requirements. You can use it by combining it with other soundproofing solutions like an acoustic plastic board and insulating it to produce the best results in noise control. 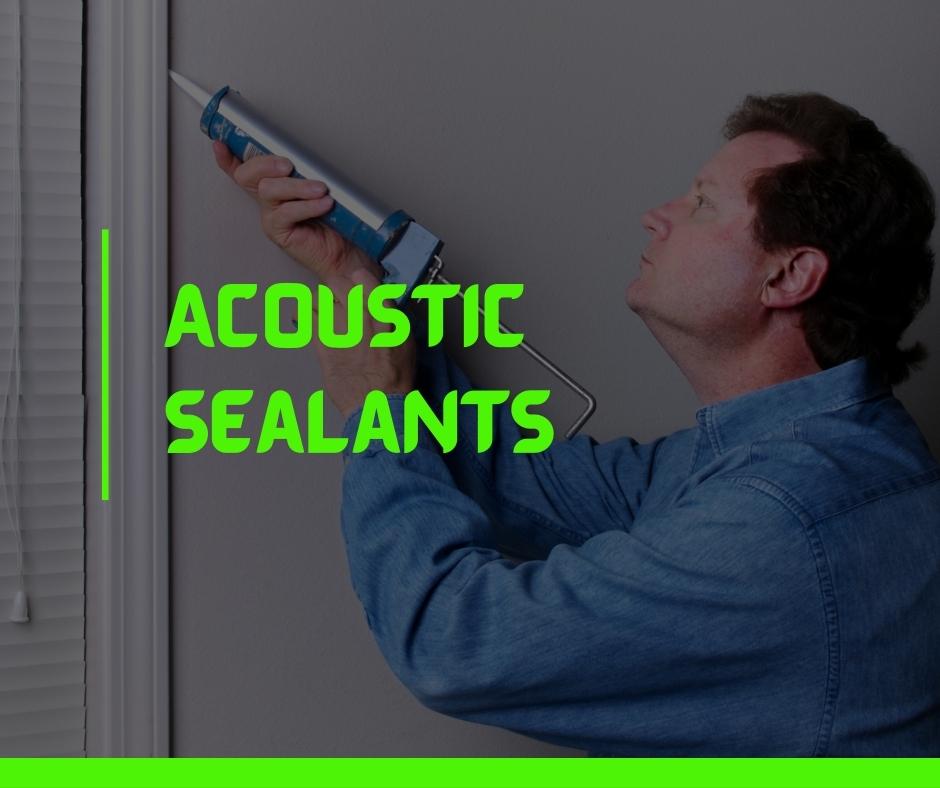 Acoustic sealants are a common method in case of soundproofing. It’s a highly flexible adhesive specially formulated to fill all the gaps and fix plastic and insulation boards.

Using sealants may prevent noise from passing through small gaps. It’s a simple method but can give better results when soundproofing your stud wall.

You can do it on your own easily at an affordable rate. 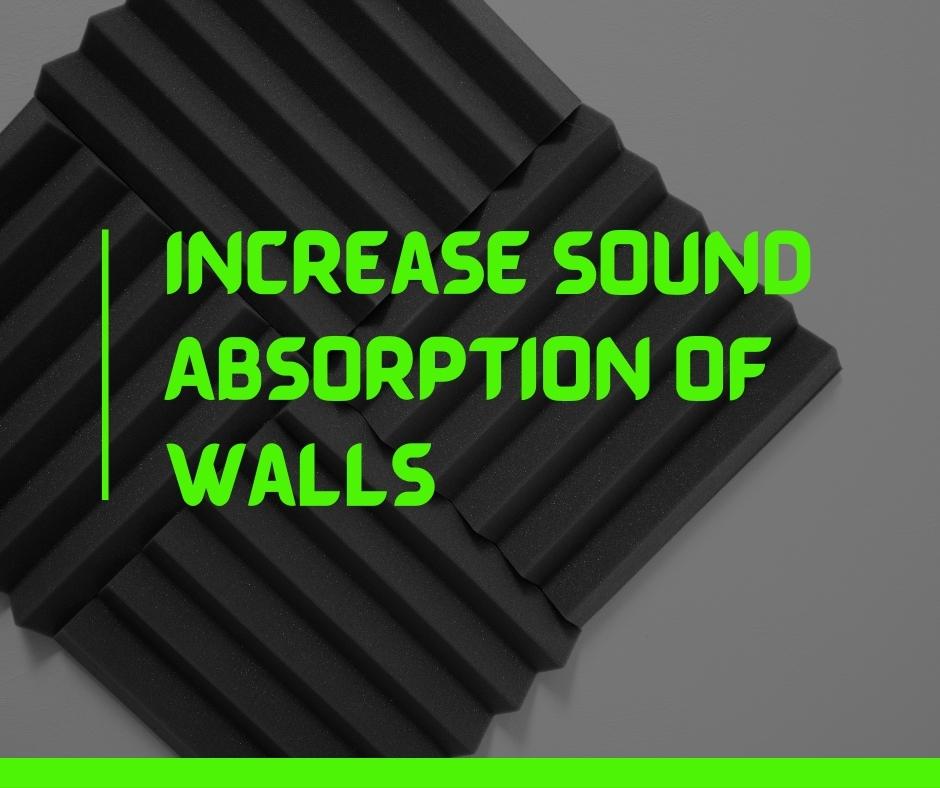 Increasing the sound absorption capability of stud walls is another easiest method for soundproofing a stud wall. You can use several materials for the absorption of noises. You can use acoustic foam and acoustic panels.

Acoustic foams are great for absorbing sound. They can reduce echo by a huge amount at a cheap cost. You can easily fit acoustic foam, and it will absorb sound waves and also reduce their amplification.

You can also use solid insulation slabs for stud walls. This material can offer you a higher amount of soundproofing as they have a higher density.

Isolation strips are made up to fix under wall partitioners and on top of wooden joists in a stud wall. They are made of rubber and are efficient in preventing vibrations from passing through the wall. This can make a great difference in the amount of sound passing through a stud wall.

Note: Always choose wood over metal if you are building a stud wall. Woods absorb sound waves much better than metal.

In this article, we have discussed nine ways to soundproof a stud wall. This includes all simple methods which require very less expense and less effort.

You can choose any method in the list, but it you should ensure that, it is matching your needs, including cost, time, and effort. Choose any of the nine methods, and let them make a big difference in soundproofing capacity of your stud wall.