Most people don’t put much thought into it but the fragrances that surround us have a profound effect on our mental health, mind, and body in general. So, for those who choose to surround themselves with aromatic and beneficial smells, a wax warmer can prove to be very useful.

A wax warmer helps in releasing the scents from scented wax melts or wax tarts without the smoke and soot that comes from burning wax or a candle in the traditional method. In a wax warmer, there is no need for a wick to be present thus eliminating the chances of soot. It uses heat to warm the wax and gradually melt it.

What is a wax warmer? 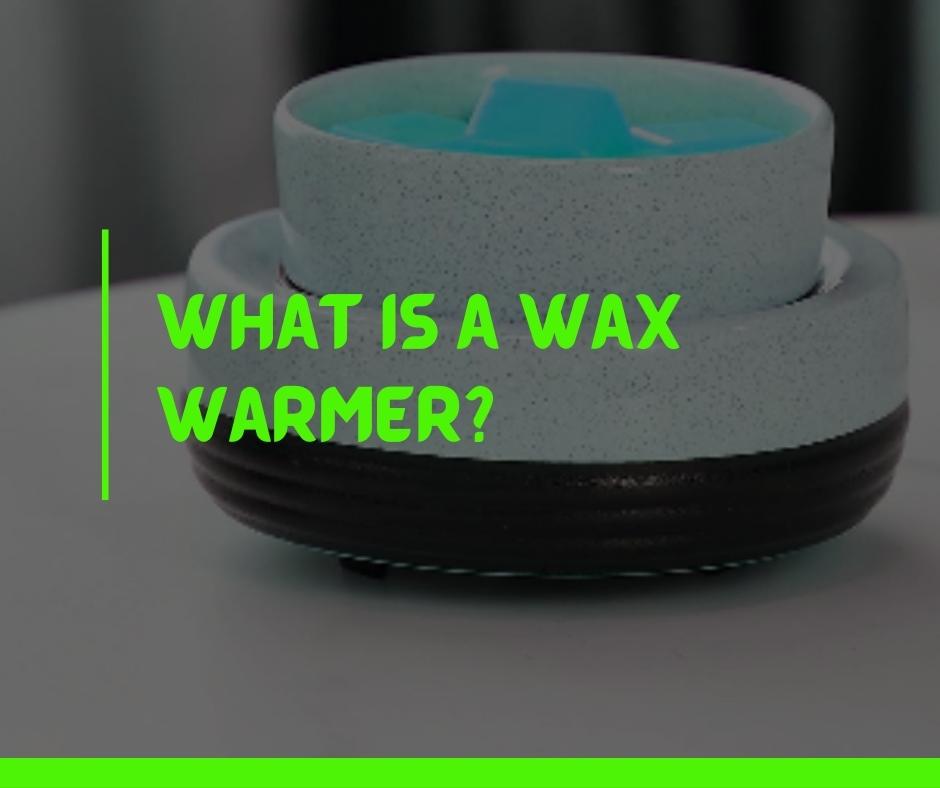 A wax warmer is a device that melts wax without burning a wick. The wax is melted while it is placed inside a container. The container is the one that receives the heat and due to the transfer of heat from the container to the wax inside it, it starts to melt and eventually forms a molten liquid when melted completely.

This device has been there for many years but in more simple forms that do not use electricity generated heat. Wax melting is an ancient procedure that was done to make candles from scratch, but these days it has found a more private purpose such as being the alternative to scented candles by using a wax warmer.

Wax warmers are an innovative way to enjoy scents. Wax tarts or wax melts are infused with essential oils and when these wax tarts are put inside the container of the wax warmer, it heats up and starts diffusing the scent of the essential oils into the air, thus filling the surrounding with a beautiful aroma.

The science behind this is simple and follows the same logic as to why hot food can be smelled from a distance away. It is because warm air is lighter than cold air. The warmer the air, the lighter the molecules will be and easier for it to drift about.

Thus we can smell the scented wax, it is the hot air infused with the scent that enters our noses.

What does a wax warmer do? 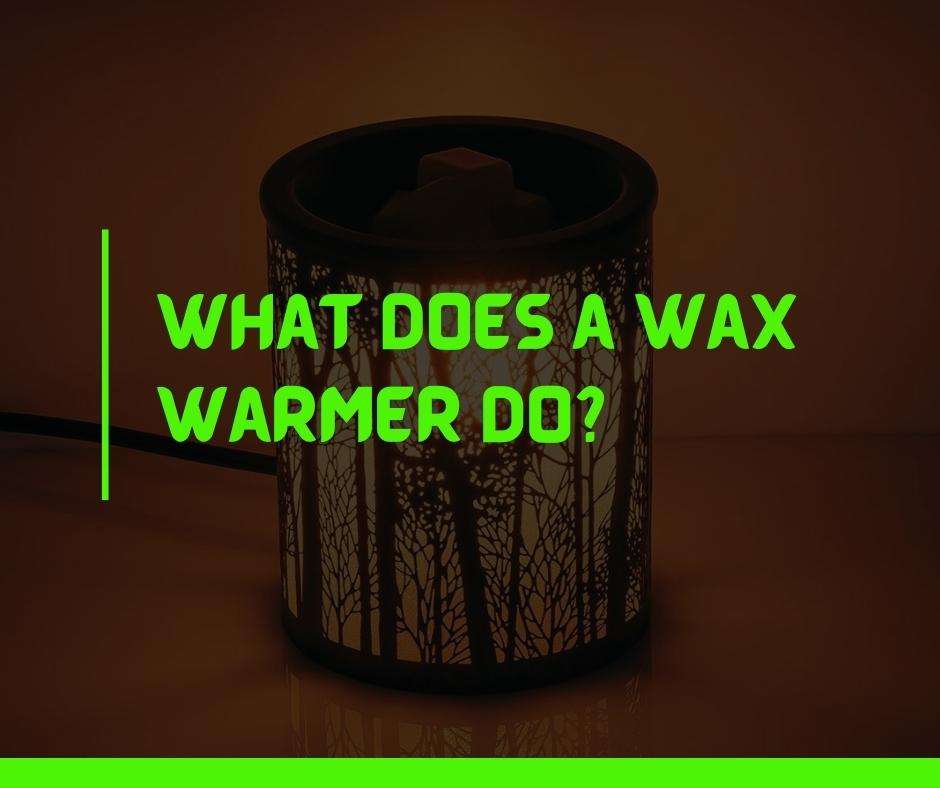 A wax warmer uses heat to melt wax for different purposes. Instead of using an open flame, this device uses the application of indirect heat to wax chips, tarts, or melts.

It is a popular method for home-scenting and removes the negative aspects of other more traditional methods that use an open flame. Wax warmers reduce the chances of a fire and also do not affect air quality by releasing smoke and soot because technically nothing is burning when this device is used.

Candle making is also another use for wax warmer. One may make candles for personal usage as well as for commercializing them. Gel wax melts, which are transparent blocks of wax, form the base component for making scented wax and candles.

The gel wax blocks are first melted inside the wax warmer container and then mixed with desired amounts of fragrances, essential oils, or artificial colors.

Once the mixture is ready, it can be poured into molds for traditional candles, wax tarts, tea-light candles, jar candles, and so on.

Traditionally, wax warmers have used open flames to provide heat from the bottom of a container and into the wax inside it. Tea-light candle wax warmers still use the same method where a miniature stove using ceramic or some other fireproof material is built. It is shaped like a pot with a hollow chamber on the bottom to house the tea light candle.

It has to be lit and then the container placed on top will melt the wax.

But these days, electric wax warmers are more common and popular because of obvious reasons. There are a few types of wax melt warmer available in the market:

As the name suggests, this type of wax warmer is a platform built to accommodate containers for melting wax. Think of it as a smaller version of an induction oven, something akin to a coffee mug warmer.

When you buy a hot plate wax warmer. It will have two main components- the hot plate and the container. Most brands provide a container because not all materials are suitable for melting wax.

The hot plate has an attached cord that can be connected to an electric outlet. Once turned on, the electricity will be converted into heat energy and start melting the wax inside the container placed on the plate. The device will also have buttons to regulate the heat and some wax warmers also come equipped with an automatic feature to turn off the heat once a certain temperature is reached.

Although it serves the same purpose as a regular bottom heat wax warmer, the design of this device is a bit different and much more aesthetic.

A platform to place the container is provided over which a bulb is suspended in the form of a lamp using a bent metal rod attached to the side. The heat that melts the wax will thus be provided by the bulb.

Light generates heat and the heat melts the wax and releases the scent stored within it. Wax warmer lamps are a better choice for those who want to use them for fragrance as in this type of wax warmer, the heating process happens quite slowly and the wax lasts for a longer duration. It would be impractical to use this as a wax melter for making candles.

It also serves the aesthetic purpose of being a decorative lamp as the bub is fitted into lampshades of beautiful designs that dissipate the light into varying patterns. When lit in dark rooms, it can give off a very pleasant vibe with the lights and the scent.

The only difference this has from regular electric wax warmers is that instead of being connected to an electric socket, it is connected to a USB outlet.

Both hot plate and lamp wax warmers can be USB plug-in types but this is generally more commonly seen in hot plates.

The advantage of having a USB supporting cord is that you can carry it to any corner of your house and use it without direct electricity. It can be placed anywhere and does not necessarily need to be placed near a power outlet or connected with one.

Paraffin wax warmers can be used with only one type of wax- paraffin wax. However, the purpose of this device varies vastly from candle-making and house scenting. Paraffin wax has proven positive effects on skin and health and thus is used for softening hard dried-up skin.

Nail salons, spa salons, wax salons use paraffin wax for their services because of this very reason. Paraffin wax warmers also serve medical purposes as some prescriptions for arthritis suggest covering the joints with hot molten paraffin wax and letting it harden on the skin. It serves as a unique warm compress to the area and relieves symptoms of joint pain.

These types of wax warmers are not suitable for personal or home usage as the size of quad wax warmers is larger than the regular ones. This is because it has four independent pots or attached containers and each can be used simultaneously to melt the wax.

The pots also have independent temperature settings so this is essentially a product made for purposes that use melted wax for commercial uses. Such as salons and candle-making industries.

How do wax warmers work? 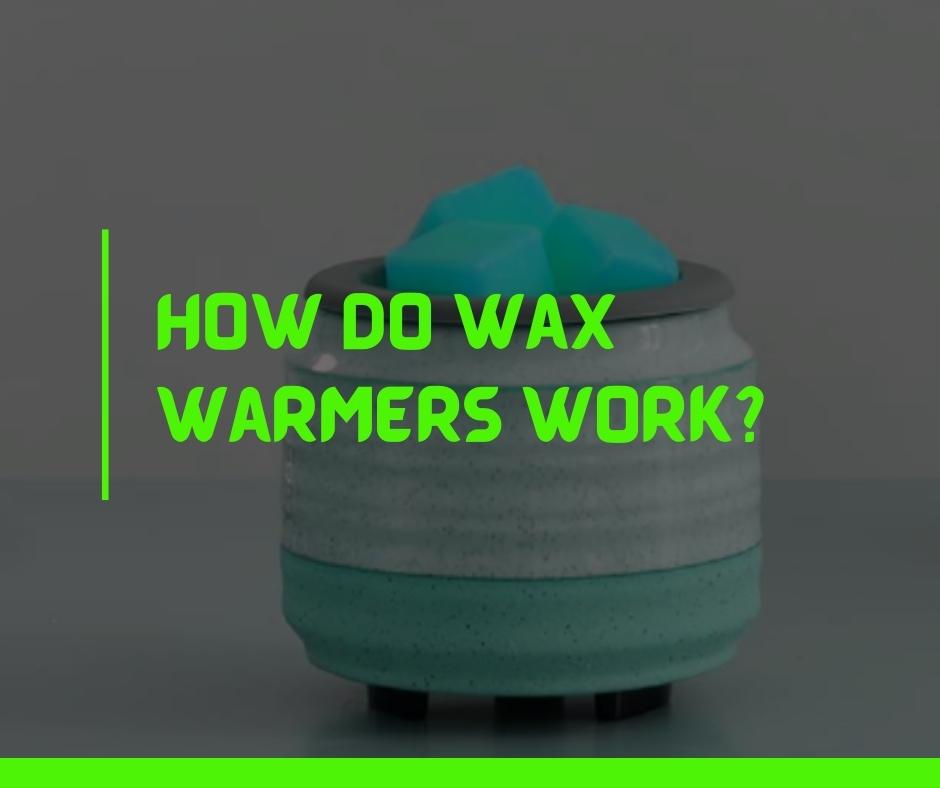 Although wax warmers consume electricity, the amount is not alarming unless one is melting lots of wax for commercial purposes.

For scenting purposes, the heat is kept at the lowest so that the wax does not melt quickly before the fragrance is evenly distributed in the air.

How to use a wax warmer? 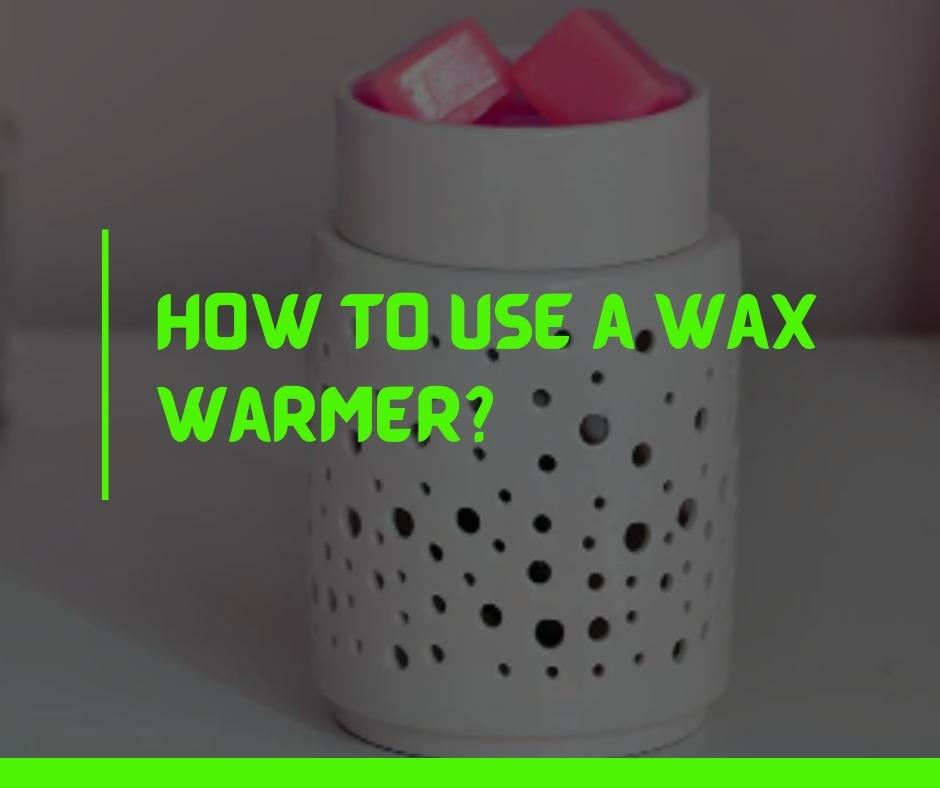 By now, we already know that a wax warmer served two distinct uses- personal and commercial. While for personal usage, the wax inside does not need to melt fast as releasing the scent gradually is the main goal. For commercial purposes, the wax is usually melted fast, at least faster than in a wax warmer used as a scented candle.

To use a wax warmer, first place the wax inside the container and turn on the heat. If you are using it for scenting, then the heat should be turned to a middle range for around 5 mins and then brought down to the lowest. This will slow down the melting of the wax and lengthen the duration of fragrance release.

However, for the other users where the wax needs to melt fast, you can turn up the heat to the highest and wait for 20 mins until the wax completely melts. After this, you can bring it down to the middle range while sitting the contents continuously. The consistency of properly melted wax will be like honey at room temperature.

Pros and cons of wax warmers

While it is indisputable that wax is a very useful product, it can still have both positive and negative aspects.

Where do you put a wax warmer?

This will rest on the discretion of the user as only they can determine an ideal spot for placing this device. However, if some general guidelines are to be followed, then the device should not be placed near any source of water or somewhere it can get wet.

It is an electrical device and as we all know, electricity does not pair well with water.

Also, placing a wax warmer near an open window is not recommended as it defeats the whole purpose of enjoying the scent if it goes out of the window.

For wax warmers that also double as decorative pieces, you would want to place them in a position that will highlight their aesthetics as well as diffuse the aroma.

How long does a wax melt last?

There can be no definite answer to this question as how long a wax melt lasts depends on multiple factors such as the quality of the wax used, amount of wax, heat setting, etc.

However, if an average duration range is considered then a wax melt cube of 8 grams/0.3 ounces can last anywhere between 6 hours to 12 hours. That’s almost 34 hours of fragrance if a standard 2.75 ounce cube is considered.

This is of course if you use it continuously without pausing, otherwise, a standard wax melt cube can last for days if used for a while every day.

Wax warmers pose no hazard to the health as much as the wax does. Wax warmers do not use any open flames and thus also don’t release any smoke which if continuously inhaled can be detrimental to one’s health.

That said, if the wax being melted is of bad quality or has a lot of chemicals then it will also release chemical gases when heated. These gases, namely toluene and alkanes have been known to cause asthma and lung damage and in severe cases- cancer. Soy and beeswax are two safer options but these are also quite pricey.

What is a candle warmer

No matter how safe the device is, wax warmers are still electrical devices that use heat and create molten wax. One can never be too careful while handling it as while there can be no fire but that still does not rule out the possibility of an electric shock.

Another important aspect of using a wax warmer is cleaning it regularly using warm water and mild dish soap. You are not needed to clean the heating area but rather the container as it will have remains of left-over wax and you should not let it accumulate.