To control sound in your home or any other place, you need to first understand the nature of sound and how much of it is leaking between cemented surfaces. Usually, the kind of noise is of two types- airborne and structure-borne.

Air Borne noises are what we hear on a daily basis and that may range from the sound of traffic coming from the other side of a closed window or the sound of every word spoken by your neighbor next door.

Structural Borne noises are mostly impact noises, it occurs when something hard comes in contact with a wall or a floor and causes a sound. Footstep noises from the floor above will be classified as structurally transmitted noise.

The only way out of this is soundproofing the surfaces that conduct noise. Structure-borne noises are often harder to deal with than airborne ones because even after you mount your walls with acoustic panels, you may still be able to hear impact noises being transmitted inside our room.

So how to deal with that? The answer is sound isolation.

What is Sound Isolation? 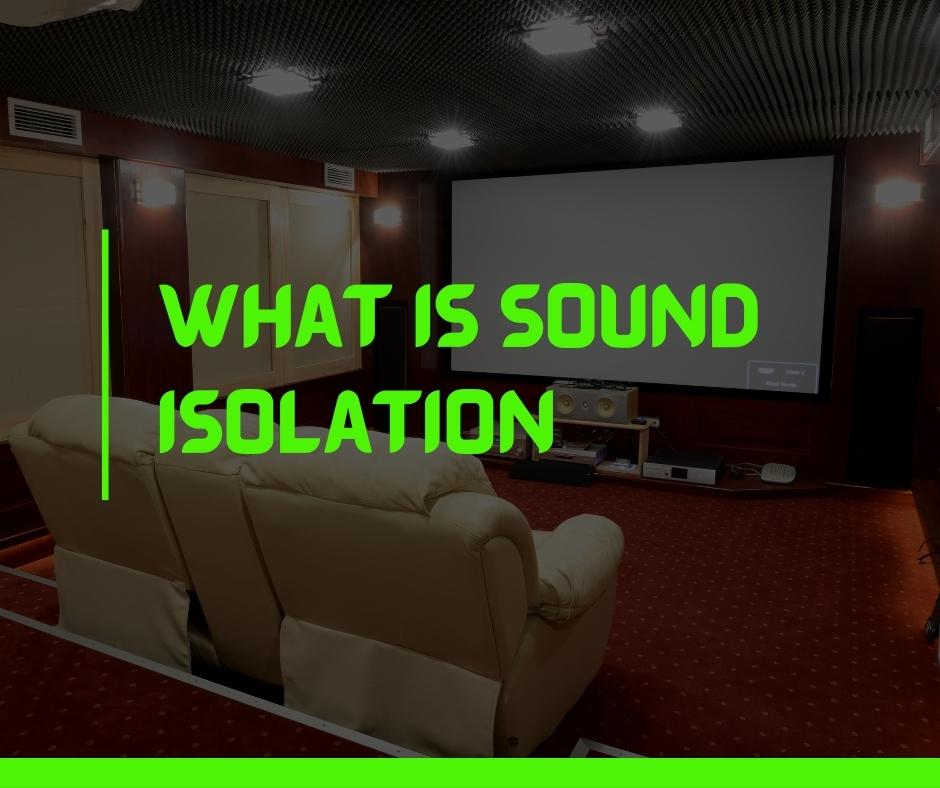 Have you ever heard of decoupling? Well, sound isolation is nothing but that. Sound Isolation is an effective method of noise reduction where two masses are placed close to each other but not allowed to be in direct contact. Instead, the two surfaces are placed by keeping a little gap in between. By doing this, sounds cannot travel easily between the surfaces.

How Does Sound Isolation Work? 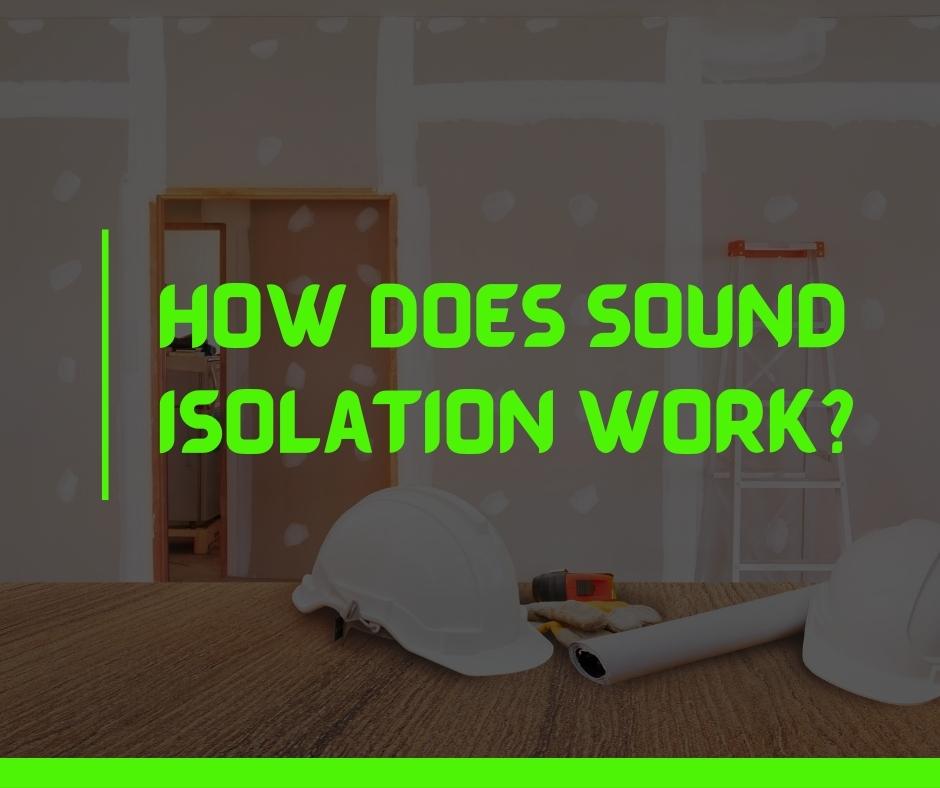 The trick in sound isolation is to separate the layers. By separating, this technique creates a space between the two layers so that they can vibrate independently without coming into contact with each other.

By its nature, when sound waves come into contact with hard surfaces, surfaces start vibrating. Sound Isolation combats this by having two hard layers placed at a distance from one another so that when sound travels through the first layer, the vibrations won’t be carried onto the next layer.

Most walls are made with single stud constructions which basically means that both sides of the wall are connected to the same stud. To apply an acoustic isolation solution, the wall would require a double stud wall. Similarly, floors and ceilings also conduct a large amount of noise without us realizing it.

You may soundproof our walls with the best material but still not get a silent and peaceful room because of your lack of attention to the floor and ceiling. Sound Isolation works effectively on these surfaces as well. Let us find out how:

How Do You Do Sound Isolation? 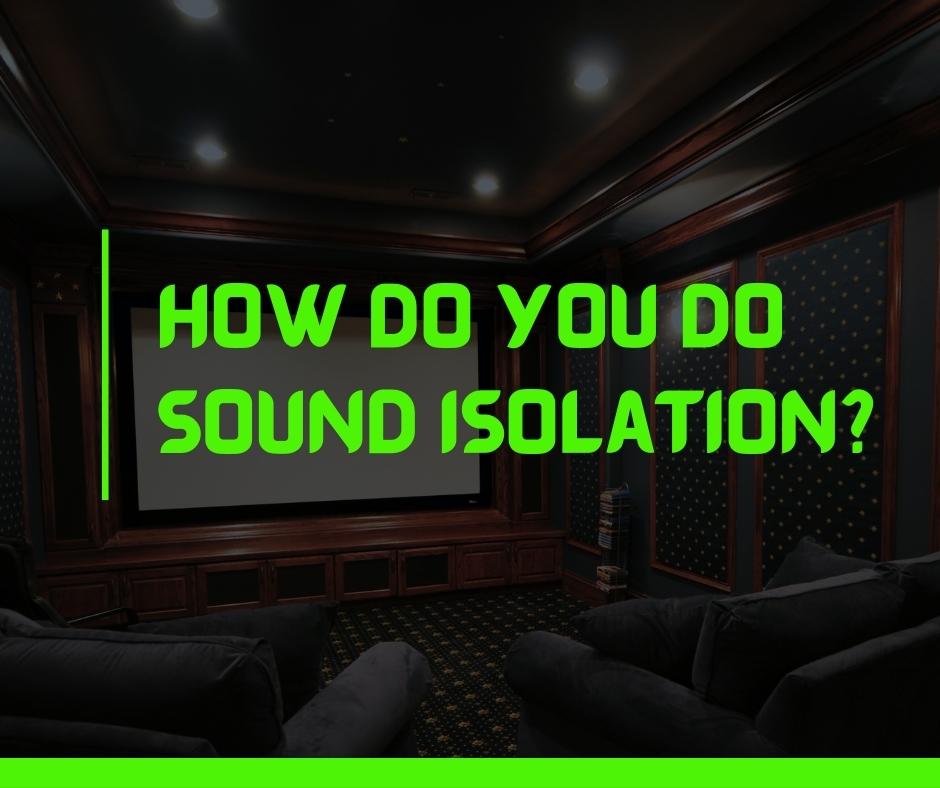 Well, the science behind sound isolation for walls, floors, and ceiling is the same but the technicalities vary by great amounts.

The three most effective and popular ways to use sound isolation of a wall are to make a double stud wall, staggered stud wall, or a resilient channel.

A double stud wall is built by building two different stud walls by using space on both sides. This technique is often regarded as the “room inside a room” and by doing this the entire room is decoupled as the interior structures of the inner room including walls, floor, and ceiling are completely isolated from the existing room.

The one downside of a double studded wall is that it occupies a lot of space and cannot be performed in medium-sized rooms.

A staggered wall is similar to a double stud wall but takes up less space and is constructed by using a wider sill plate and building the studs in a staggering alignment. The studs touch only one side of the wall as they are rotated from one side of the wall to the other.

A resilient channel is nothing but a metal bar that is used so that the drywall and the wood framing inside the wall, known as the stud work, do not touch each other. The drywall instead of being attached to the studded surface is screwed on top of the channel, thus isolating the surfaces from each other.

An often used method to sound isolate a ceiling is attaching a dropped ceiling or false ceiling beneath the main ceiling.

Dropped ceilings are also made with drywall for more mass and better soundproofing. Not only do these ceilings provide good insulation against impact noises coming from the ceiling but can also be a great aesthetic addition to your room.

Applying noise isolation solution to the floor of a room usually can be done in a simple manner – by decoupling the main floor from the joists. A joist is a horizontal structure that supports a floor that spans over an open area. Floor joists span between two load-bearing beams.

Sometimes floors also have a layer of subfloor which also needs to be decoupled. The decoupling is done by removing the floorboards and layering the joists with some sort of sound dampening material such as joist tape, neoprene strips, floor underlays, rubber, etc.

After this, the floorboards are re-attached. In case a subfloor is present, that layer also needs to be cushioned with a sound proof material and you can use MLV mats for that.

One another method to decouple a floor is to completely separate the joist and floor by using floor joist isolators. These operate by decoupling the floor from the structural supports and work great when controlling low-frequency sounds.

The only downside of decoupling or sound isolation is resonance and maybe the fact that it costs more than other soundproofing methods. That said, resonance can be easily dealt with by layering the surfaces with sound-absorbing materials.

And despite sound isolation being a little pricey, it is a very effective soundproofing technique and preserves the peace and quiet in a room with ease.