If you are familiar with the practice of home-scenting then you have most definitely come across the terms candle warmer and wax warmer. Many times both the terms are used interchangeably but that’s not quite right as the two are very different things.

However, the fact that people get confused between a candle warmer and a wax warmer is justified because to some extent they serve the same purpose of melting candles and wax to release the scents stored inside it.

But like already mentioned, they are different from each other 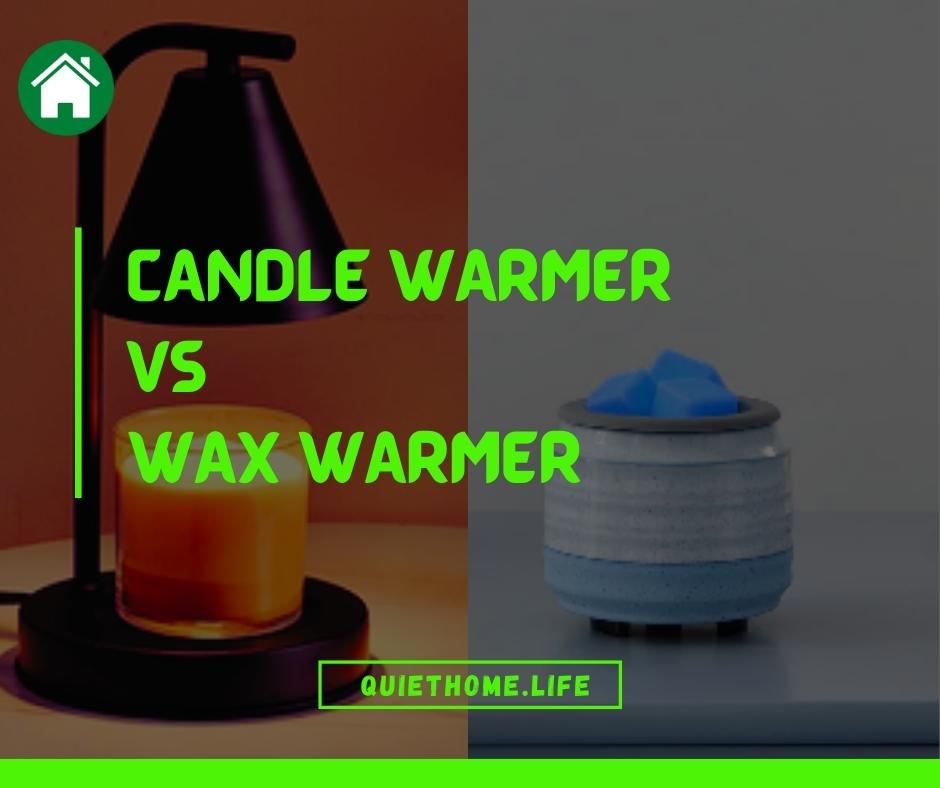 More than the function that the two devices have, the differences between lies in the way they are used. Few things are constant between the two such as they both operate without using an open flame and both of them consume electricity. So what exactly sets them apart? Let us find out.

A more detailed head-to-head comparison between the two has been provided below for a better understanding of the differences. 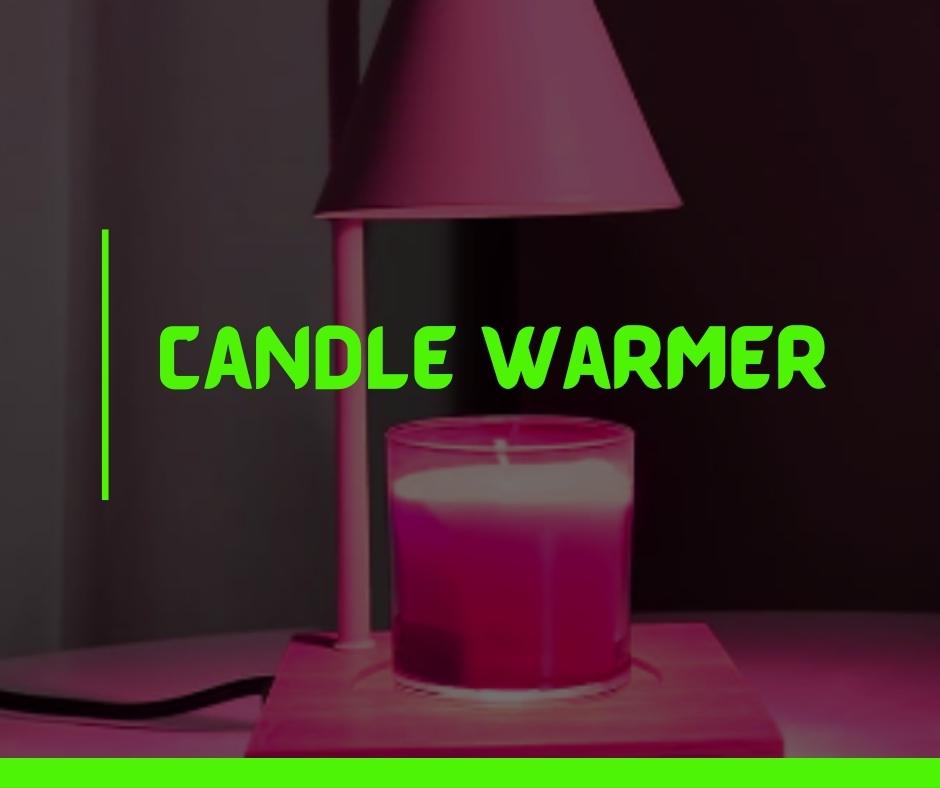 A candle warmer is an electrical device that melts a candle without the use of any open flame. Although the candles come with pre-installed wicks, they do not need to be lighted as the heat source for the drive comes from electricity.

Candle warmers are electrical devices and have both good and bad characteristics.

However, it cannot be denied that candle warmers are indeed an innovative thing for people who enjoy the scent of candles.

Here are the advantages of using candle warmers.

Here are the disadvantages of using candle warmers.

These devices have to be plugged in and turned on for the candles to start melting and release their scent into the air. There are two most popular types of candle warmers which are the hot plate type and lamp type respectively. 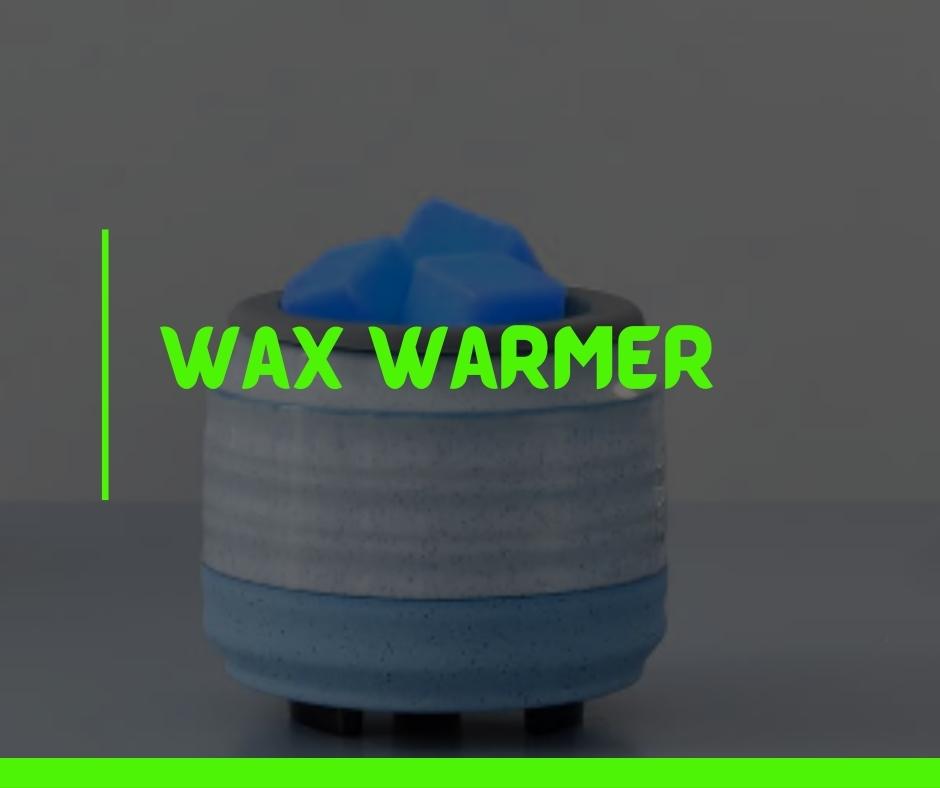 A wax warmer is an electrical device that melts wax without needing heat from an open flame.

The device has to be plugged in to be turned on and electricity is converted into heat for the wax to melt. Wax warmers come with hot plates or metal containers that are built specially to hold the wax as it melts.

The wax chips, tarts, or blocks are put inside them directly for the purpose of melting them.

While it is indisputable that a wax warmer is a very useful product, it can still have both positive and negative aspects.

Three types of wax warmers are most commonly bought in the market. The first two are hot plate type and wax warmer lamps whose mechanism is more or less the same as a similar candle warmer.

The third most popular type is the industrial-grade wax warmers that come with four to five containers for melting wax. All of these containers can be controlled independently as they have different eclectic cords to be inserted into different electrical outlets.

This type of wax warmers, although a rarity in households, is quite commonly used in places like beauty salons where larger quantities of molten wax are required.

As already mentioned above, the difference between these very similar devices lies in subtle aspects. Let us find out which.

When we talk about reusability in the context of a candle warmer or wax warmer we are actually talking about the products that are used for the respective devices.

A candle warmer can be used with scented candles molded inside glass jars only while in a wax warmer, a number of things can be used such as wax tarts, wax melts, blocks, and even pieces of left-over candles.

However, if we consider the most commonly used wax tarts or wax melts for wax warmers, the size of those is lesser than an average scented candle so it is fair to deduce that if a candle and a wax block are both melted at the same rate for the same duration of time, the latter would run out faster.

In simple words, one scented candle can be used multiple times but a wax block cannot be used as many times before it runs out of any scent.

The use and purpose of a candle warmer are limited. Initially, when the product became popular among consumers, the main selling point of it was that it melted a candle without using an open flame.

A secondary usage of a candle warmer became that of a lamp when candle warmer lamps became available. This uses the heat from a small bulb to melt the candle and can thus be used as a light source as well.

However, a wax warmer has a more diverse set of uses. First of all, the wax itself is a product that is used for a number of purposes that range from home-scenting, skin care, medicinal, and even entrepreneurial. All of these sectors use melted wax and what better way to get some of that if not by using wax melts warmer?

Molten wax is used for relieving arthritic pain as well as for waxing the skin. It is also used for making scented candles. All of these need a steady supply of molten wax which is provided by a warming device. This is why, unlike candle warmers, wax warming devices come in different types – both for personal and industrial usage. The industrial-grade wax warmers are bulkier and larger than regular ones as it contains multiple jars to melt wax simultaneously.

The same cannot be said of a candle warmer, which is always used for home-scenting purposes and thus the devices do not have any industrial-grade version.

In terms of increasing your energy bill, wax warmers have more contribution than candle warmers and the reasons are two. Firstly, wax tarts and wax melts have a stronger hot scent throw than candles. Candles have to be put on a warming device for at least an hour for the smell to start being noticeable.

However, for wax warmer, the wax starts to melt much more quickly and this is obviously because the wax tarts themselves melt faster than an average scented candle, but also because in wax warmers the whole purpose is to make the wax melt fast and to release the scents mixed within.

Another reason why wax warmers cost more electricity is that many models are built to be used both personally and commercially. So, the device has more wattage than regular candle warmers.

Here too, the longevity of the products used with the device is meant rather than the device itself. A jar of scented candles lasts longer than an averagely sized wax block. This is why most people have to put multiple blocks inside the hot plate for the scents to be released for a longer time.

The scent throw for a candle also lasts longer than a wax block or a wax tart and that is why a candle can be reused many times as compared to a wax tart or melt.

Which Is Cheaper, Candle Warmer or Wax Warmer?

There is no definite answer to this as it all depends on the type of device one is using, as well as the quality of the candle or the wax tarts or wax melts. If the same quality of wax is considered, then a glass candle will cost more than a wax block simply because of the aesthetic value of the former as well as including the price of the glass jar.

However, there are different kinds of glass candles as well as different kinds of wax products and it’s not like one cannot get either at a low price. But it is always recommended to go for the good quality ones because the fumes released by the products may be harmful otherwise if inhaled continuously.

Some candles and wax tarts may look overpriced to you and in reality, they may very well be because they are sold by some very popular and old brand so they are charging you the brand fee as well. If you do not wish to blow a hold in your pocket with every scented candle and wax block purchase, simply visit any e-com site and compare through the ratings of averagely priced ones. Purchase only the ones with good ratings and multiple authentic reviews.

All of these being said, if one is to compare the price of a candle warmer to that of an industrial use wax warmer, then the latter will obviously be costlier as it consumes more heat, electricity as well as wax products.

This again is a subjective question and cannot have an answer that suits all needs. If you are an entrepreneur looking to start a candle-making business or any business that deals with molten wax such as wax seal and wax figurine making, then a wax warmer with many containers will be ideal for you.

However, if your only purpose is to enjoy the aroma of scented candles then you should be going for a candle warmer.

As you can see there is no one best option to choose from as each is unique in its own way. You as a consumer should be analyzing your preferences first and then making the purchase.

However, buying a wax warmer does have one upper hand over a candle warmer in the fact that you can use a wax warmer to melt different kinds of scented wax and create your own scent. This also makes it better than diffusers in which only a limited variety of essential oils can be used.